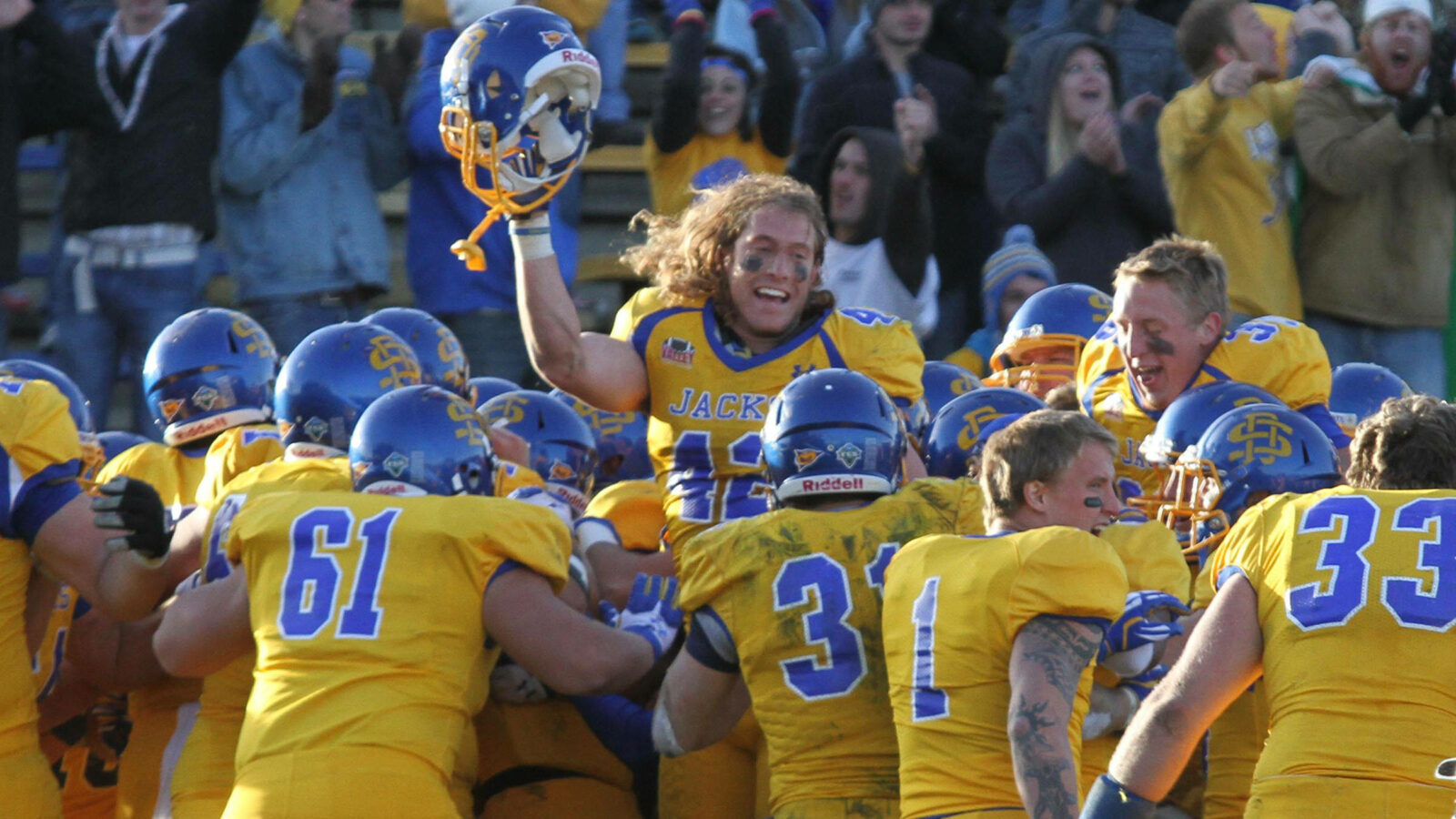 The South Dakota State Jackrabbits will host the Drake Bulldogs in 2023 and 2025 according to FBSchedules.

South Dakota State and Drake have met 13 times with Drake holding an 8-5 lead in the series (page 140). The two teams most recently met last season with South Dakota State using a strong ground attack of 369 yards to win 38-10.