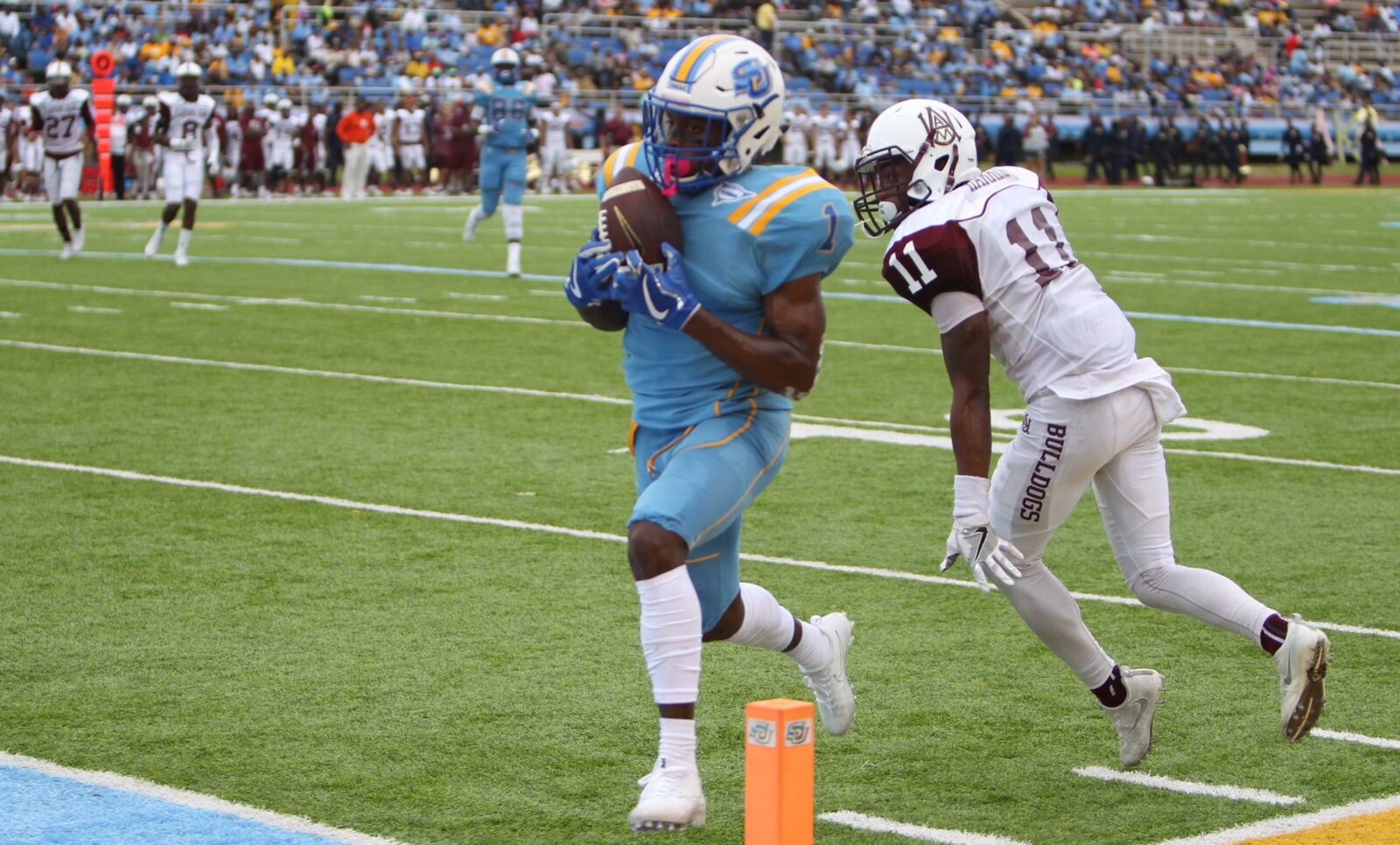 There were two changes announced on Labor Day involving FCS teams. One change was for this week and one addition was announced for the spring season.

The first was that The Citadel’s game against the South Florida Bulls has been changed from 1 PM Eastern Time to 7 PM. Saturday’s meeting will be the third between the schools after they met in a home-and-home in 1997 and 1998. The Bulldogs won 10-7 at home in 1997 while South Florida won its home game the following season 45-6.

The Citadel will be missing one undisclosed player for the game at USF according to Jeff Hartsell.

It will be the season opener for both teams as The Citadel has scheduled four games this fall including a road trip at Clemson on September 19, a home contest against Eastern Kentucky on September 26, and a road game at Army on October 10.

The second piece of news was the game scheduled between Jackson State and Southern. The two SWAC teams have scheduled a non-conference game for Saturday, April 3, 2021

“We are very excited to add Southern to our spring 2021 football schedule,” said Jackson State Vice President and Athletic Director Ashley Robinson. “We now have four home games. Our student-athletes, fans, and supporters are going to enjoy our completed spring schedule.”

As noted in the release, it will be the first time Jackson State and Southern meet as non-conference opponents. The teams have met 65 times with Southern leading 36-29 in the series.

The SWAC has already outlined its spring schedule starting on Friday, February 26, 2021 and ending on Saturday, April 17, 2021. They have scheduled the SWAC Championship for Saturday, May 1, 2021.