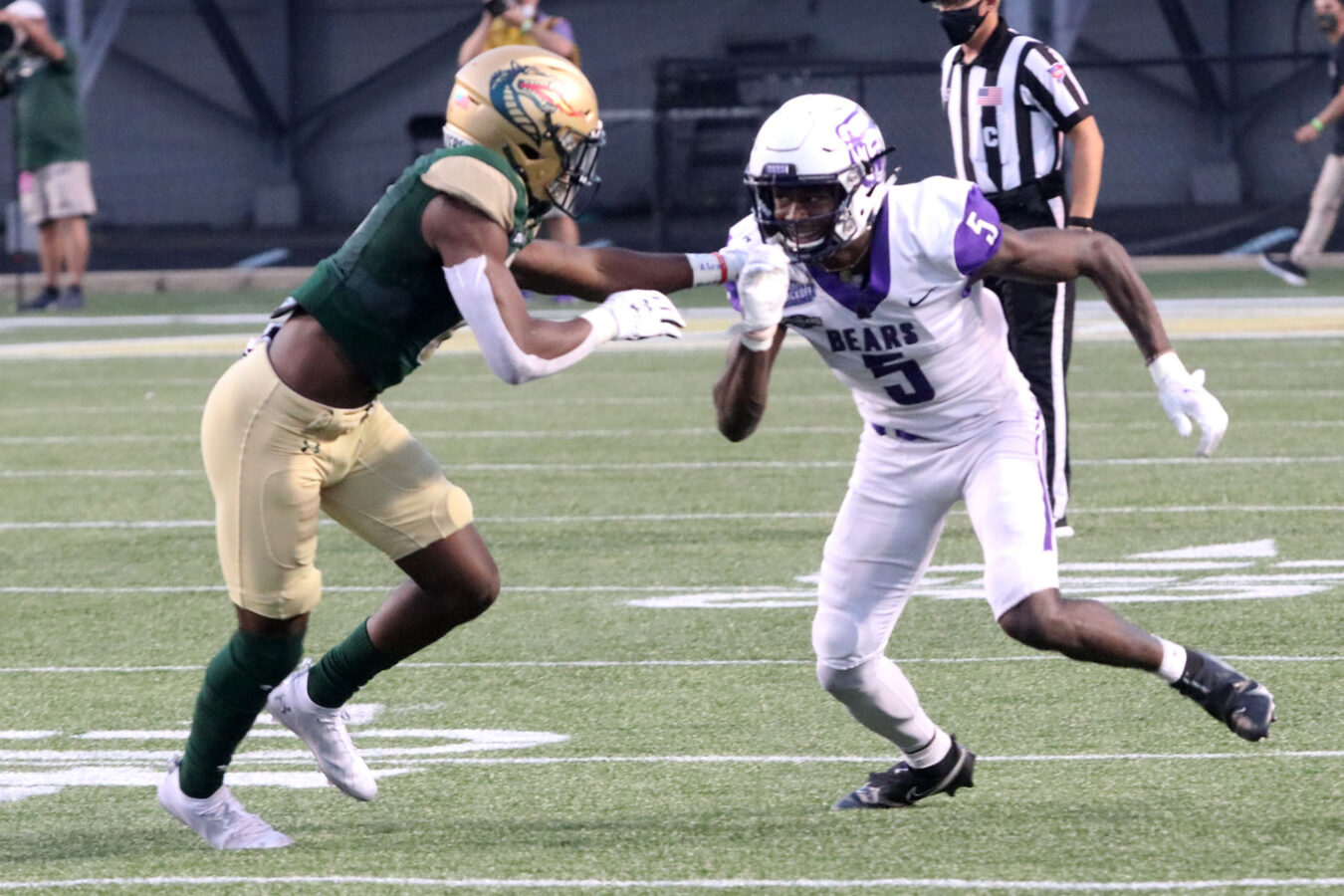 Week one of the 2020 college football season is in the books and four FCS teams played with all being at FBS opponents. Below are some observations from the opening week of the 2020 FCS season.

Central Arkansas has played only three games of its 17 games against FBS competition on weekdays. All three games have been decided by 10 points or less. The Bears lost to Hawaii on Friday, September 4, 2009 by a score of 25-20 and won 35-28 against Western Kentucky last season on Thursday, August 29, 2019.

Since Eastern Kentucky’s 17-10 upset win over Miami (OH) in 2014, they have played 11 games against FBS teams. They have lost all 11 with only 2 games coming by a touchdown or less. The average margin of defeat has been by 26 points.

Houston Baptist has only played 6 games against FBS teams but four have come against Conference USA opponents. Of those four games, three have been defeats by 25 points or more. The one not decided by such a large margin was versus UTEP last season. The Miners won 36-34.

Stephen F. Austin’s game against UTEP was the first meeting between the two but a larger trend for SFA in facing in-state foes. Since 2008, the Lumberjacks have played 14 games versus FBS foes including UTEP this past weekend. 12 of those have been against teams from Texas though SFA has not won any of those (the Lumberjacks’ last FBS win was in 2003 against Louisiana-Monroe). SFA has two more chances against in-state teams this season with Texas-San Antonio on September 19 and SMU on September 26.

A week after Austin Peay and Central Arkansas went a combined 4 for 4 on field goals and 3 for 3 on extra points, this week featured a much different outcome. In week one, they went a combined 1 for 7.

It began on Thursday with Hayden Ray missing both of his field goal attempts. Ray went 3 for 3 against Austin Peay. It continued immediately on Saturday with Eastern Kentucky’s Alexander Woznick who missed a 54-yard field goal on one of EKU’s only chances to avoid a shutout.

The kicking woes continued for Gino Garcia of Houston Baptist. He went 1 for 4 on field goals but two of them were from 50 yards out. He made one of two 50 yard attempts.

FCS kickers are a perfect 14 of 14 on extra points this season so they have that going for them.

The Houston Baptist Huskies and the North Texas Mean Green played an entertaining 57-31 with the Mean Green coming away with the win. Bailey Zappe played very well finishing 39 of 62 for 480 yards with 3 touchdowns and no interceptions while finding 11 different receivers.

The 480 yards passing were third-most in school history. Zappe now owns the top 10 passing performances by yards at Houston Baptist. The 569 yards of total offense are 4th most in program history. The top three were all set in 2019 with Zappe at the helm.

Houston Baptist allowed 721 yards on defense with a near-perfect split through the air and on the ground. North Texas threw for 361 yards with 4 touchdowns and ran for 360 yards for 4 touchdowns. The 721 yards of offense for North Texas was a Mean Green record. Oscar Adaway ran only five times for 118 yards and 2 touchdowns including this impressive run.

The Huskies will rue their missed chances as they failed on a fourth and two from the North Texas five-yard line in the first quarter and missed three field goals. Houston Baptist fans will have to like what they see on offense while hoping defensive strides are made between October and a potential spring season.

Just five days after their exciting win in the FCS Kickoff, Central Arkansas suffered a 45-35 defeat at the hands of the UAB Blazers in the FBS season opener. The Bears made it a game in the first half before UAB’s stifling defense held the Central Arkansas offense in check for most of the second half. Two garbage time touchdowns flattered the final scoreline.

Lujuan Winningham caught two touchdown passes while Robert Rochell made a defensive highlight with a fumble six. Those two highlights are provided below.

Five FCS games are in the books and, as of this writing, 46 are still scheduled to be played. The full FCS schedule for 2020 can be found here.

Six games are scheduled for week two and all six will feature FCS versus FBS matchups. Those six games are also listed below. Eastern Kentucky, Austin Peay, and Houston Baptist will all be playing their second game of the season while the other 9 FCS and FBS teams are making their 2020 season debut.

Photo courtesy of the University of Central Arkansas Athletics.