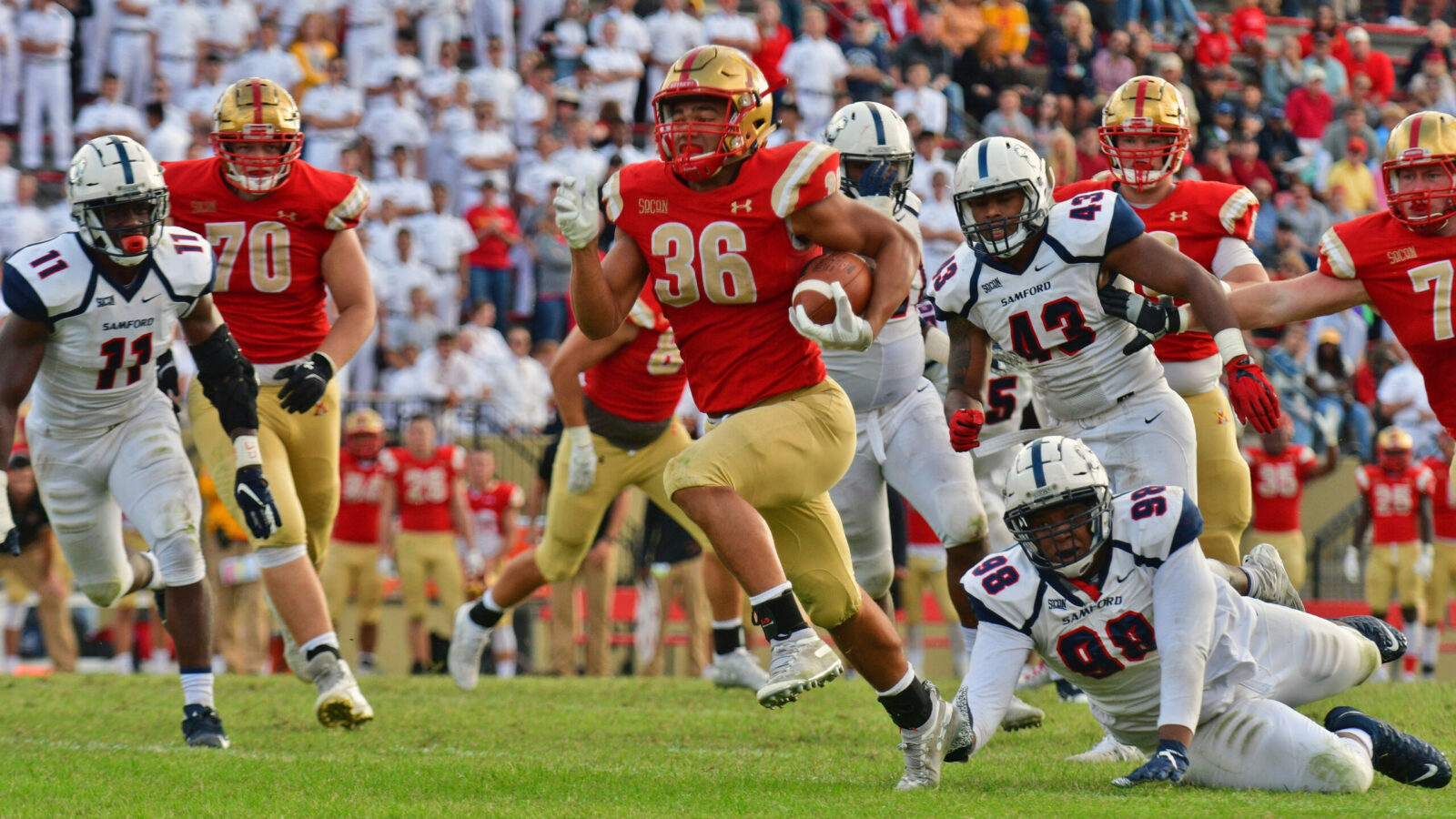 A flurry of transfers occurred at the FCS level in the previous few days. The below list includes players leaving the FCS as well as those coming in or staying in the FCS.

The Citadel announced the transfer of two players into the program. The main addition was running back Alex Ramsey from fellow Southern Conference rival VMI. Ramsey rushed for 1,326 yards and 22 touchdowns along with 50 receptions for 323 yards last season. He will be a welcome addition to the backfield for the Bulldogs.

The other transfer was South Carolina lineman Summie Carlay. Carlay played in 12 games last season for the Gamecocks mostly on special teams. He joins his brother Wes who is a defensive lineman for The Citadel. Both Ramsey and Carlay are eligible immediately as graduate transfers.

Ra’Shaun Henry announced his intention to use his graduate transfer to the Virginia Cavaliers. Henry had a breakout season in 2019 with 90 catches for 1,118 yards and 9 touchdowns for Saint Francis (PA) as he was named to the Northeast Conference first team. In his first two seasons, Henry had a combined total of 19 catches for 241 yards and a touchdown in 20 games.

Pittsburgh Sees One Coming and One Going

While Carter decided to leave Pitt, the Panthers did pick up help on the offensive line with Keldrick Wilson transferring from Hampton. Wilson started two games in 2017 and played in 10 games overall that season. After seeing no playing time in 2018, he started 11 games in 2019.

Cole Deeds announced his transfer from Mississippi State to Austin Peay via his Twitter account. Deeds was a freshman last season with the Bulldogs, but did not see any playing time.

Colorado Buffaloes quarterback Blake Stenstrom announced on his Twitter account that he would be leaving the Buffs and joining the Princeton Tigers. Stenstrom redshirted in 2018 and saw little action in 2019. He totaled 27 yards rushing and 12 yards passing on 1 of 3 attempts in three appearances. He is expected to compete for the starting spot at Princeton.

Colgate defensive back Kyan Brumfield has chosen to transfer to Texas Tech per an announcement via his personal Twitter account. Brumfield will have two years of eligibility left after he graduated from Colgate.

Brumfield played in 17 games at Colgate in 2018 and 2019 making one start during that time. He recorded 5 tackles twice in 2019 against Air Force in the season opener and versus Maine. He finished his Colgate career with 12 total tackles and 7 pass breakups.

Edit: Updated on May 16 to reflect the transfer of Colgate’s Kyan Brumfield.