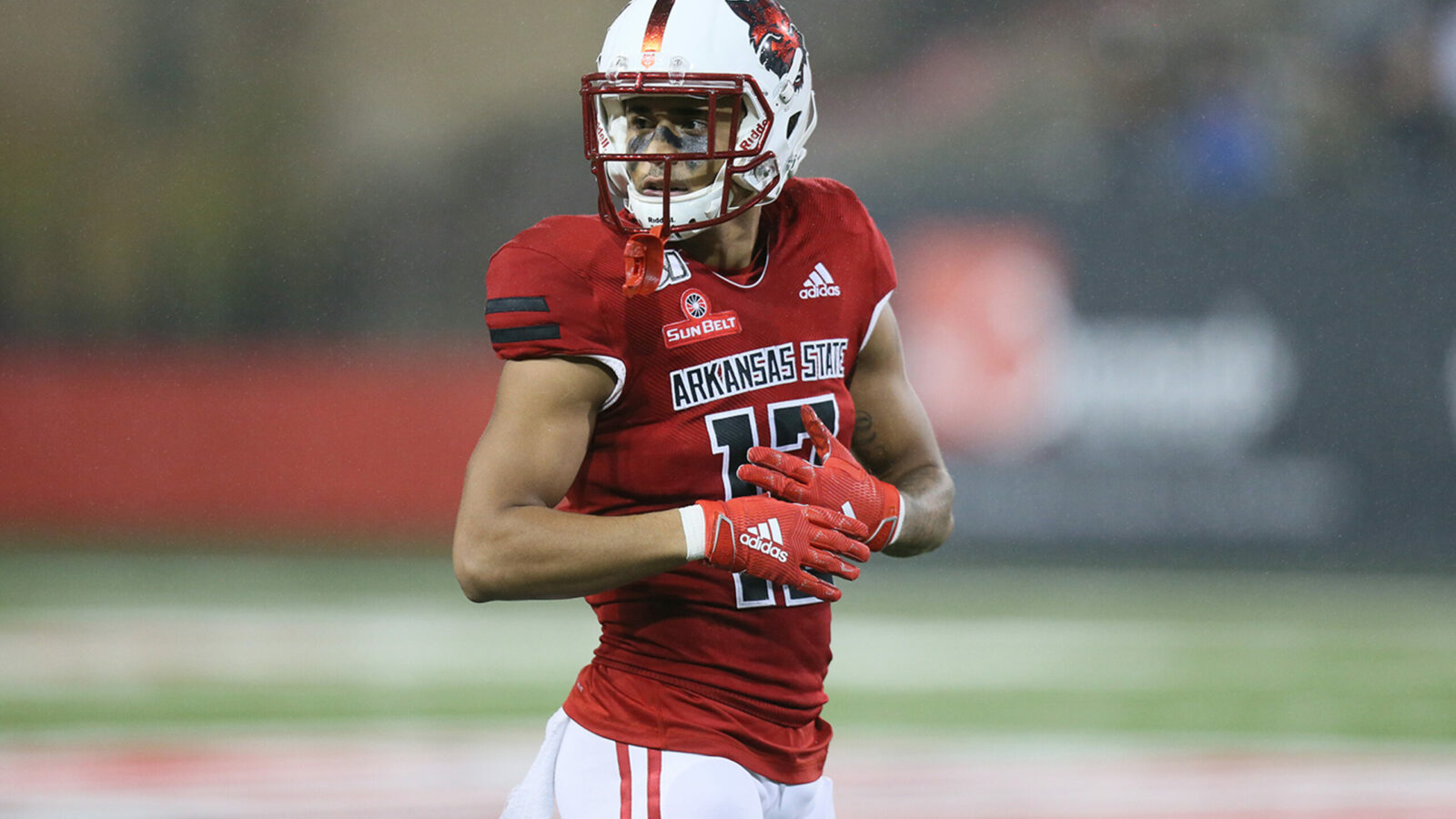 Defensive back Nathan Page will transfer from Arkansas State to Austin Peay. Page announced the news on Monday via Twitter.

As a true freshman in 2018, Page appeared in all 12 games. He recorded 6 solo tackles and 4 assisted tackles including three solo tackles in the season opener against Southeast Missouri State. He also returned one punt for one yard against Coastal Carolina.

Page had a larger role in 2019 as he made 7 appearances in the first 8 games. He totaled 27 solo tackles, 7 assisted tackles, and 6 pass breakups. He also had 2 interceptions, both coming against Texas State.

Page was suspended from Arkansas State at the end of October and did not see any further playing time as a result.

Page is joining an Austin Peay squad that had a breakout season in 2019 under first-year head coach Mark Hudspeth. The Governors went 11-4 en route to the Ohio Valley Conference (OVC) title and first FCS Playoff appearance. They won the opening two games but fell in the Quarterfinals on the road versus Montana State.

Austin Peay has seen an influx of transfers this offseason including linebacker Troy Henderson from Kennesaw State and kicker Cole Deeds from Mississippi State.

Austin Peay is scheduled to being the 2020 season against Central Arkansas in the FCS Kickoff Game in Montgomery, Alabama on Saturday, August 29.