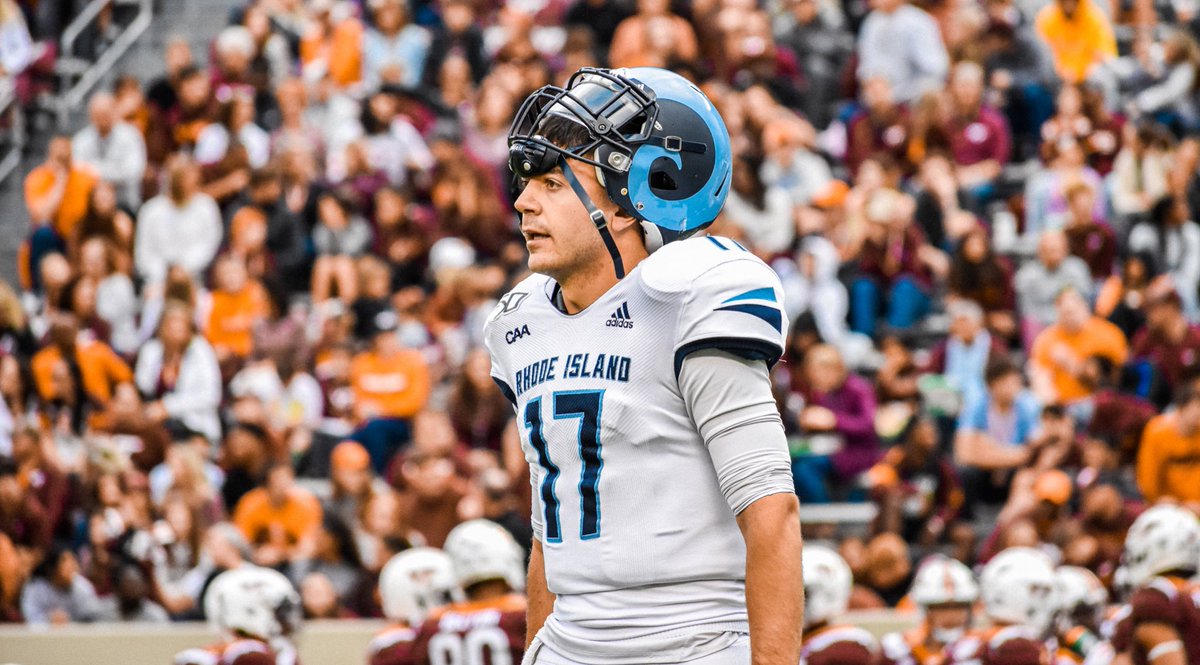 Austin Peay continues to haul in the transfers. Two more players decided to make Austin Peay their next home.

The first player transferring in is quarterback Vito Priore from Rhode Island. Priore started at URI in 2016 with a redshirt but did not appear in 2017 as a redshirt freshman. In 2018, he started four games throwing for 781 yards (55%) with 7 touchdowns and 4 interceptions.

Last season saw him become the main quarterback with 10 starts and 12 appearances. He threw for 3,268 yards (60%) with 22 touchdowns and 12 picks plus another touchdown on the ground.

Priore is a graduate transfer and will have one season of eligibility remaining at Austin Peay.

The second transfer to Austin Peay is kicker Grant Paulette from Louisiana. Paulette was a freshman in 2019 and did not see any game action last season. As a transfer to the FCS, he will be eligible immediately and will enroll as a sophomore giving him three seasons of eligibility.

Paulette is the second kicker to transfer to Austin Peay this offseason. The other was Cole Deeds from Mississippi State who will also be a sophomore in 2020.

The other transfers to Austin Peay this offseason have been offensive lineman Jordan Jamison from UAB, defensive back Nathan Page was previously at Arkansas State, defensive tackle Damion Barber arrived from Penn State, and linebacker Troy Henderson came over from Kennesaw State.