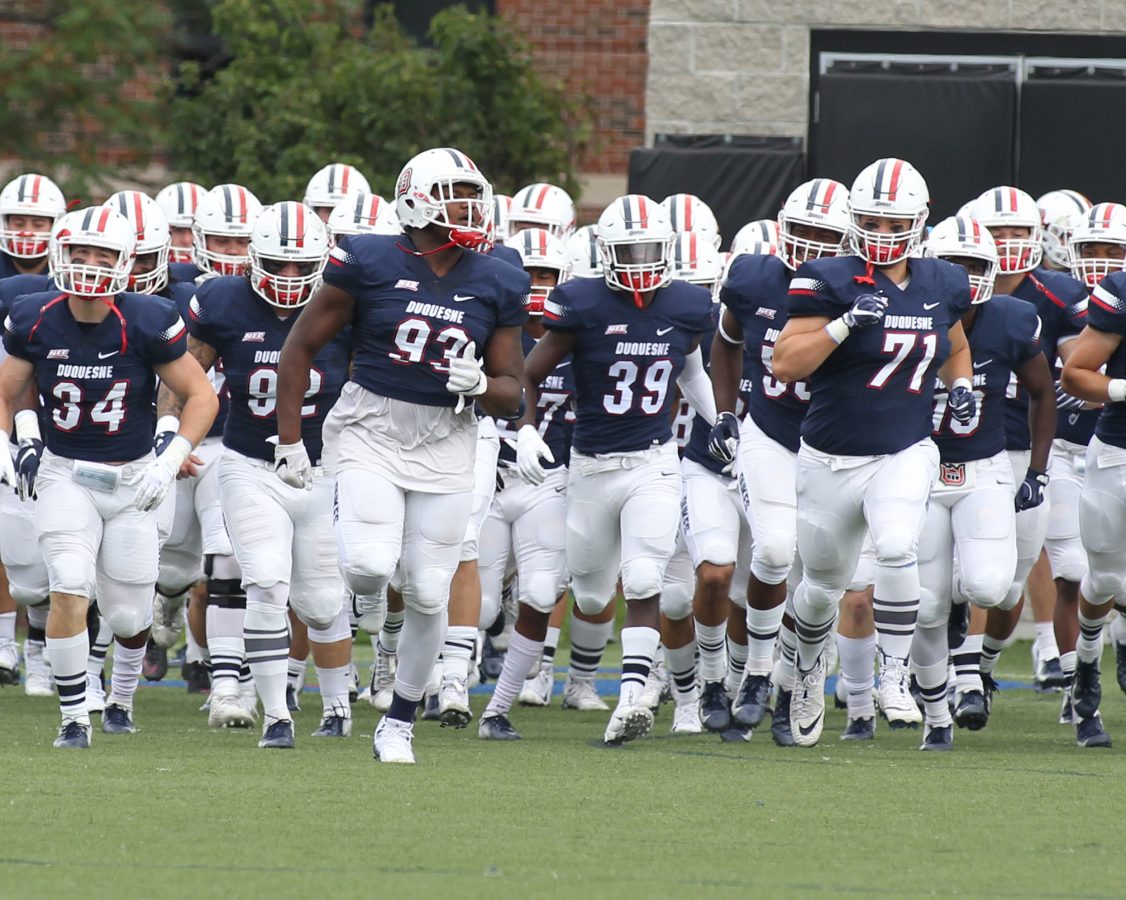 The Duquense Dukes have been added to Air Force’s 2020 schedule according to FBSchedules who cited the Air Force Sports Information Department.

The game is scheduled for Saturday, September 5 with the Dukes traveling to Colorado Springs for the contest. The two football teams have not previously played each other.

Air Force is coming of an 11-2 season in which they finished ranked at number 22 in the final AP Poll. They finished second in the Mountain West’s Mountain Division with a 7-1 conference record.

Duquesne had a slight step back in 2019. After winning the Northeast Conference and receiving the automatic bid in 2018, they won their first round FCS Playoff game. They lost in the second round to South Dakota State.

In 2019, the Dukes went 6-5 overall and finished with a 4-3 NEC record, which landed them in a tie for third place in the standings. The Dukes ended the 2019 season on a three game losing streak with all losses coming against NEC competition.