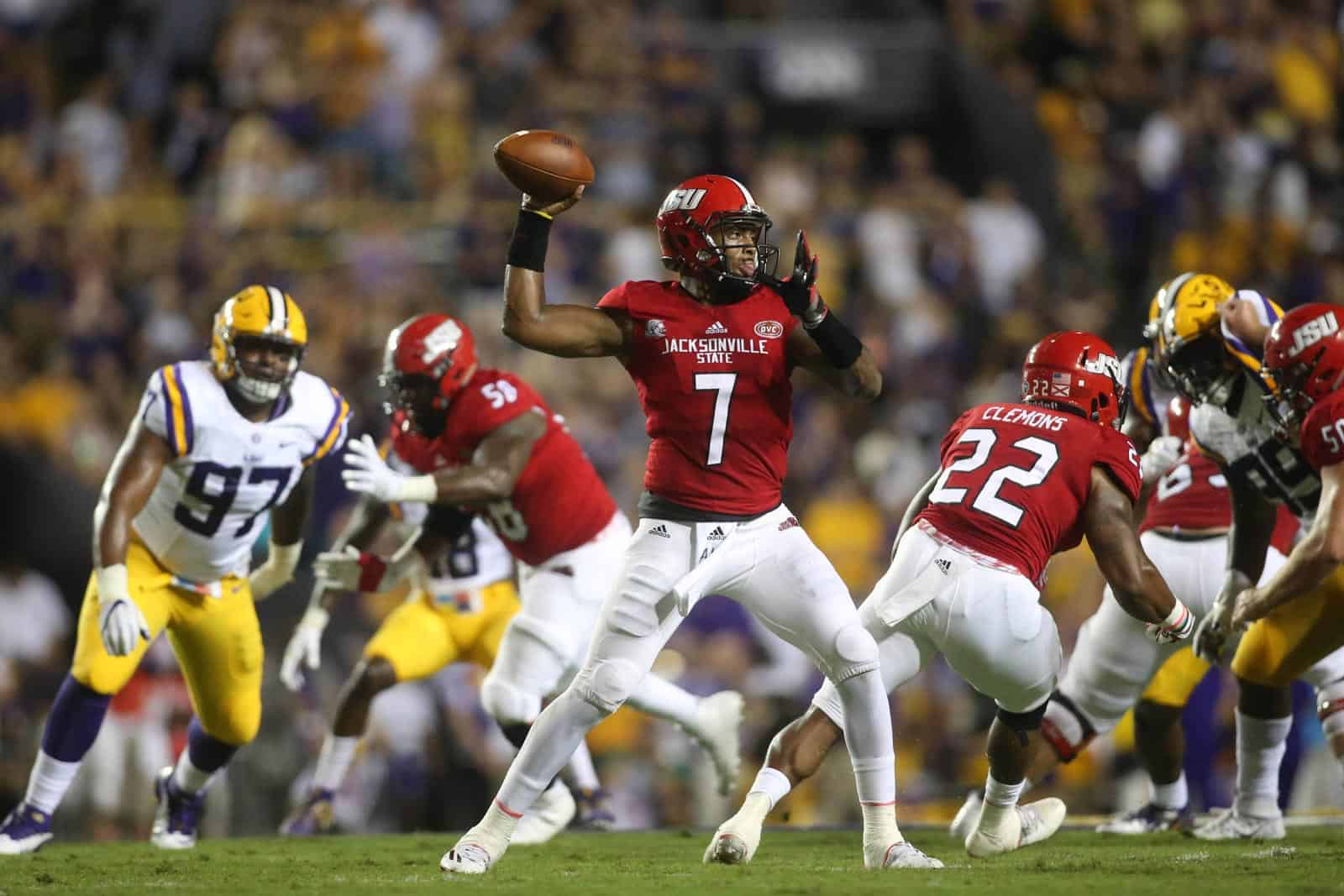 The Jacksonville State Gamecocks announced they will play at the Florida State Seminoles in 2021.

The game between the two programs will take place on Saturday, September 11, 2021. The two teams have previously squared off twice. Jacksonville State won the first meeting 7-0 way back in 1947. The latest contest was in 2009 when Florida State won 19-9 though JSU nearly pulled the upset.

Jacksonville State will also face North Alabama at home and Eastern Washington on the road as part of their 2021 non-conference schedule.

Jacksonville State will begin the 2020 season with another in-state road game against FBS competition. JSU will play at Florida International on Thursday, September 3. The Gamecocks finished the 2019 season with a 6-6 overall record and 3-5 in the Ohio Valley. They missed the FCS playoffs for the first time since 2012 when they finished 6-5 overall.