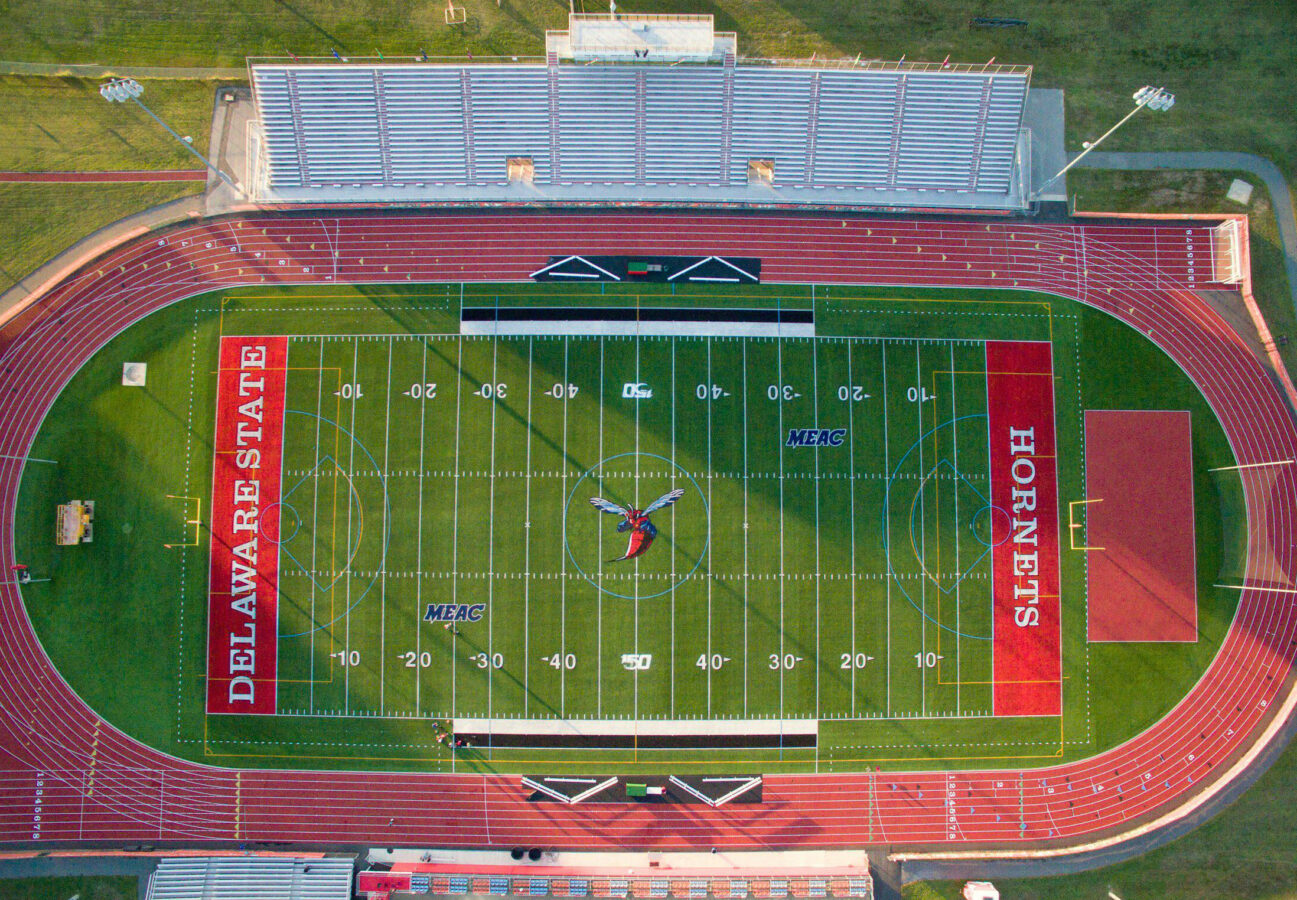 Delaware State University is planning to acquire fellow in-state university Wesley College according to a report by Natalia Alamdari of the Delaware News Journal. The deal is expected to go into effect starting with the 2021-22 academic year.

Wesley, located in the capital of Dover, has struggled financially in recent years. Delaware State will fully absorb Wesley while also needing to obtain funding that is outside the current budget.

The two schools still plan to have separate athletics departments for this season, which means both plan on having full sports schedules for now.

Delaware State participates in the Mid-Eastern Athletic Conference (MEAC) at the Division I level with football in the FCS. Wesley is a Division III institution whose athletic teams primarily play in the Atlantic East Conference. One exception is on the football field where the Wolverines have played in the New Jersey Athletic Conference (NJAC) since 2015.

Wesley’s football team has been very consistent and nationally prominent at the Division III level for the last 15 years. Since 2005, they had 15 straight winning seasons including 12 seasons with at least 10 wins. The Wolverines reached the Division III Playoffs Semifinal round 6 times since 2005f though they never broke through to play in the Stagg Bowl.

Delaware State was recently rumored to be leaving the MEAC for the Northeast Conference but they decided to stay despite the departure of several teams this year.