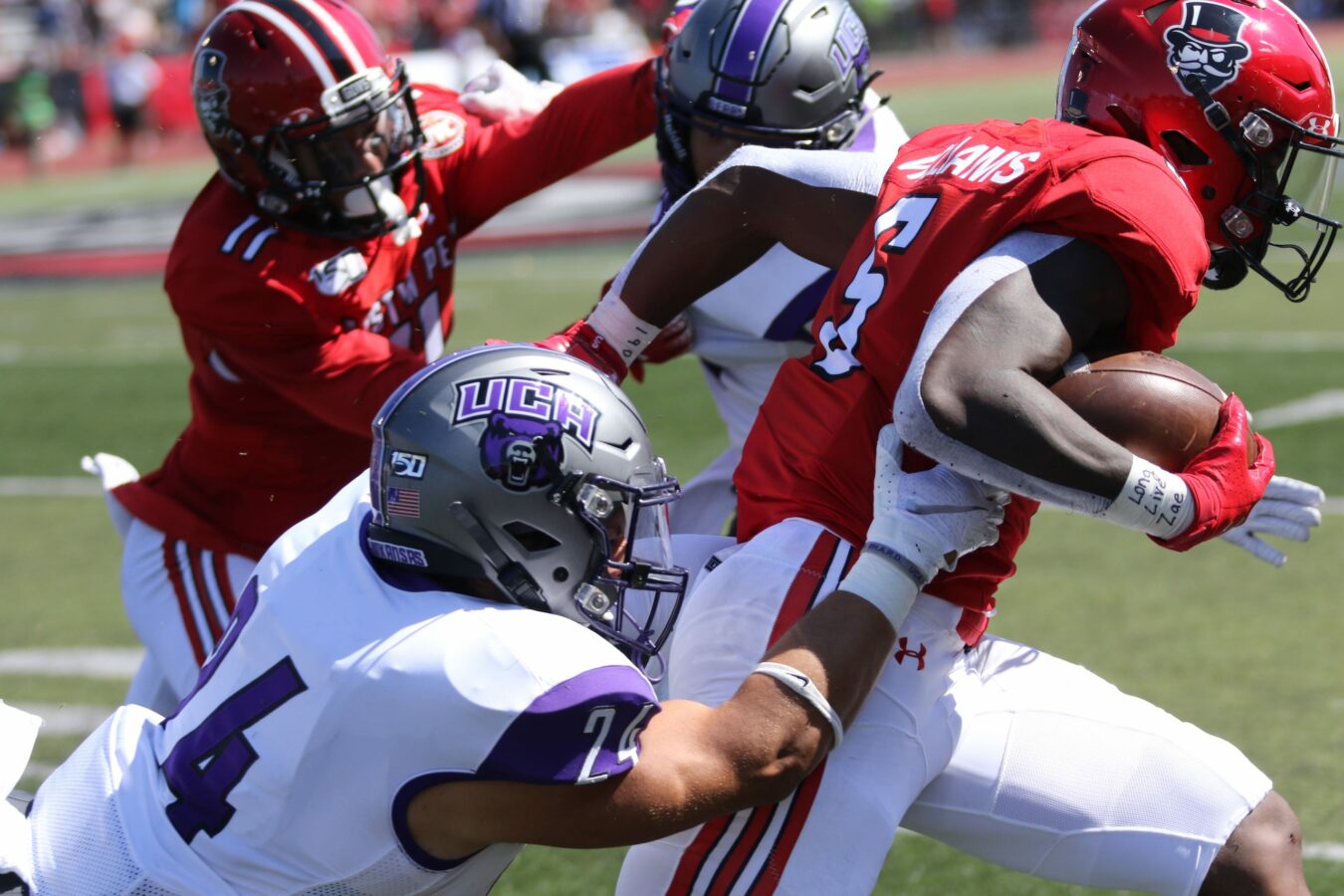 The college football season begins on Saturday, August 29 and the FCS will have the entire nation watching on ESPN at 9 PM Eastern Time when the Austin Peay Governors and Central Arkansas Bears kickoff in Montgomery, Alabama.

The matchup between Austin Peay and Central Arkansas is a rematch of last season’s game that the Bears won 24-16 on the road with a 14-point fourth quarter.

It is also a contrast of programs over the previous decade as one has struggled but made recent progress and another has been a consistent participant in the FCS Playoffs.

For Austin Peay and their fans, it would have been nearly impossible to fathom that their program would be an exciting opening act for a college football season midway through the 2010s.

Under Kirby Cannon from 2013 through 2015, Austin Peay averaged less than 10 points per game at 9.7. Defensively they gave up nearly 41 points per game at 40.8. It was a disastrous time that spilled into 2016 with Will Healy. Healy’s first season in 2016 saw a drastic improvement on offense to 23.5 points per game but the defense was still giving up 47 points per contest.

Healy’s tenure lasted two more seasons including an 8-game improvement in the win column in 2017. Austin Peay went 8-4 overall and 7-1 in the Ohio Valley – a second-place finish behind Jacksonville State.

Healy left after the 2018 season to take over Charlotte at the FBS level. Austin Peay hired Mark Hudspeth as Healy’s replacement and he wasted no time making an immediate impact.

2019 was a banner year for the Governors. They finished the regular season 9-3 overall and tied atop the Ohio Valley standings with Southeast Missouri State at 7-1. By virtue of their exciting 28-24 win over SEMO, Austin Peay claimed the OVC crown.

To put the 2019 regular season in perspective, the OVC title was the first for Austin Peay since 1977 – before the Division I split into I-A and I-AA (now FBS and FCS). The 2019 season included an FCS playoff run that featured wins over Furman and Sacramento State. Their magical season ended in the Quarterfinals after a loss at Montana State.

Coming into the 2020 season, expectations were sky-high for another deep playoff run. However, the sudden resignation of Mark Hudspeth dented the momentum but the pieces are still in place for interim head coach Marquase Lovings to succeed both this fall and next spring.

Central Arkansas’ last decade has gone much better than Austin Peay’s. The Bears have not had a losing season since 2009, which was their fourth at the FCS level. Their two worst seasons were 6-6 in 2014 and 6-5 in 2018 – both were the first season under new head coaches.

Unfortunately for Central Arkansas, they have not been able to get past the second round of the FCS Playoffs in any of their five playoff appearances. The chance to break through that barrier likely won’t happen in the spring as Central Arkansas has opted to play a fall schedule in lieu of a conference schedule.

Central Arkansas now has a chance to make multiple statements on a national level to highlight its football program. They will also be playing on the first night of FBS games on Thursday, September 3 at UAB. The Bears also announced a three-game series with North Dakota State including a game this season in Fargo on Saturday, October 3.

In what has been a tough year, the FCS will provide a welcome sight with the return of football. For the FCS and both schools, it will be a chance to showcase the quality of the subdivision with two Playoff teams.