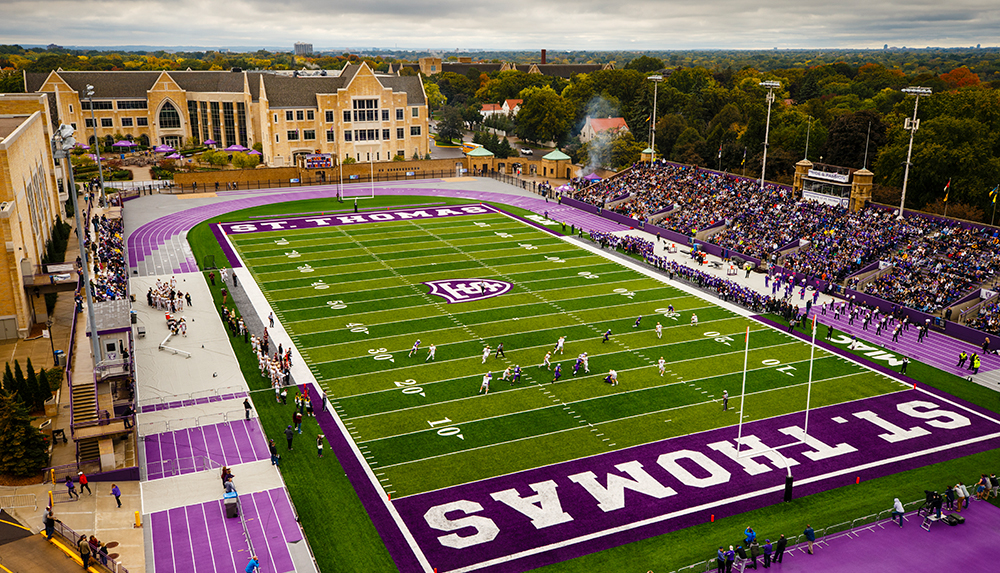 The St. Thomas Tommies will become the newest member of the Pioneer Football League. The school announced on Wednesday it has officially joined as a Division I member.

The NCAA approved a motion allowing St. Thomas to move directly from Division III to Division I starting with the 2021-22 academic year.

The Tommies had a whirlwind 2019 as they were kicked out of the Division III Minnesota Intercollegiate Athletic Conference (MIAC) in May for being too good at football. The MIAC told them they would be removed from the conference in the spring of 2021.

In October 2019, the Summit League extended an invitation to St. Thomas for Division I, which would commence with the start of the 2021 season. However, the Summit League does not sponsor football meaning the Tommies would have to find a different FCS conference or compete as an independent.

Enter the Pioneer Football League as the destination for St. Thomas football.

The PFL has seen a few changes over recent seasons. Campbell left after the 2017 season for the Big South while Presbyterian will join the conference starting with the 2021 season. The Blue Hose were a member of the Big South Conference and will play as an independent in 2020. Jacksonville also ended its football program in December leaving the PFL with 9 teams.

Butler, Davidson, Dayton, Drake, Marist, Morehead State, San Diego, Stetson, and Valparaiso make up the current membership. The duo of Presbyterian and St. Thomas will make it 11 starting with the 2021 season.

Photo courtesy of the University of St. Thomas.