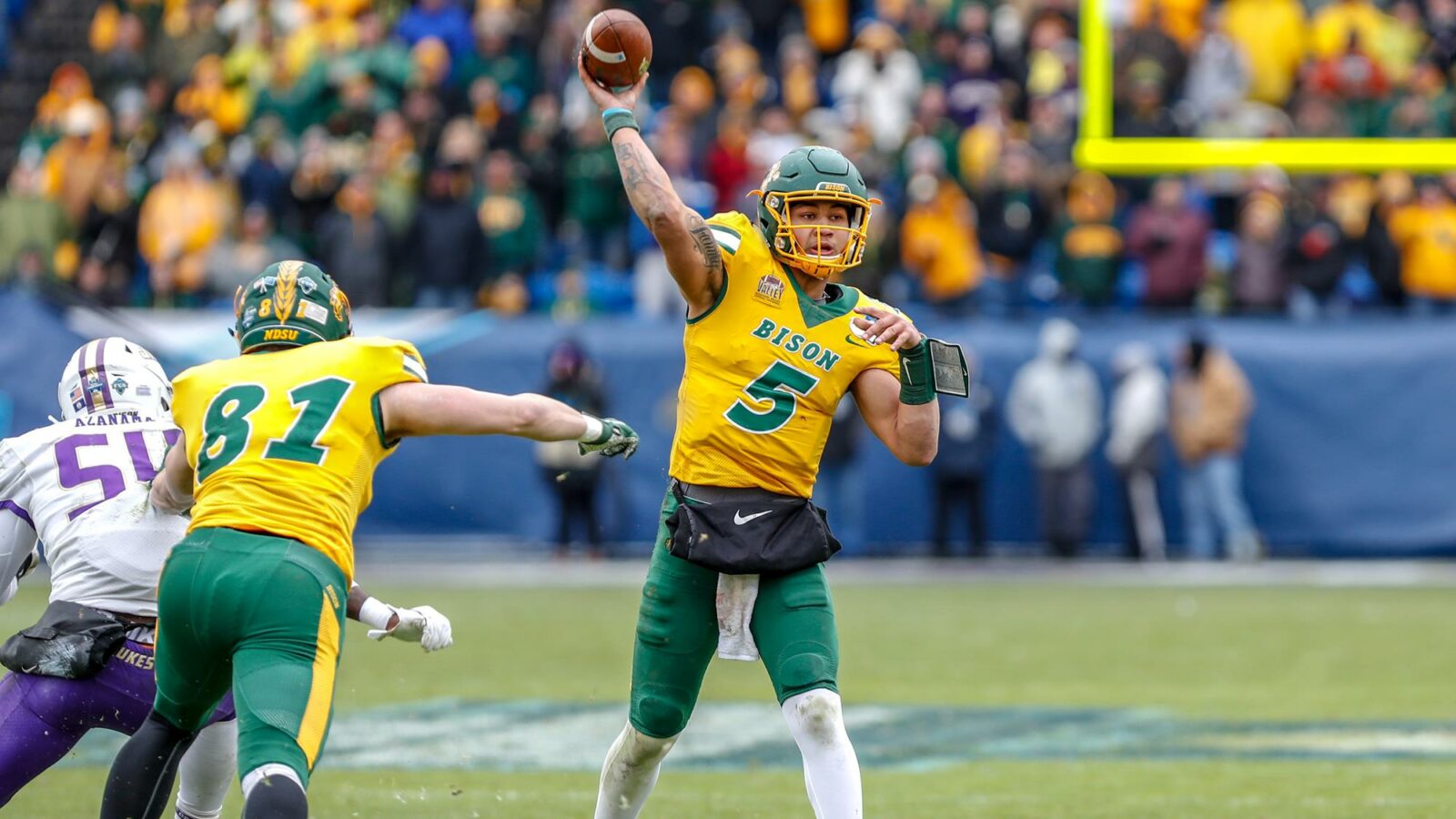 Tuesday was a second straight day with an FCS game delayed. Southeast Missouri State and Southern Illinois announced their game originally scheduled for Friday, October 23 would be moved back a week to Friday, October 30.

The Redhawks currently have COVID-19 cases affecting the roster and both schools agreed to delay the game by a week to have a full complement of players.

The Redhawks and Salukis agreed to play a game this fall in September. It will be the 88th matchup between the two frequent rivals. The Redhawks lead the all-time series in the War For The Wheel by a five-game margin at 42-37-8.

On Monday, Stephen F. Austin’s game against Angelo State – originally scheduled for this Saturday – was postponed a week to Saturday, October 17.

Trey Lance Headed to the NFL

In a widely expected move, Trey Lance made it official on Tuesday by declaring for the NFL Draft. Lance will leave North Dakota State and begin training in advance of next spring’s Draft in which he is expected to be a first-round pick.

Lance had his only fall 2020 appearance this past Saturday in North Dakota State’s 39-28 over Central Arkansas. Lance finished the game going 15 of 30 on his pass attempts for 149 yards with 2 touchdowns and one interception.

Lance was far more effective with his legs rushing for 143 yards and 2 touchdowns on 15 carries. Overall, it was an uneven performance and one that began slowly. The second half saw both Lance and the offensive get into a better groove as UCA continued to re-take the lead.

The Bison eventually put the game away late in the fourth quarter with a touchdown drive to give them the final 11-point margin.

Lance had a stellar 2019 season that put him on track to be a high draft pick. He threw 2,786 yards and 28 touchdowns on 192 of 287 passing attempts (67% completion percentage). Most importantly, he had zero interceptions as the Bison won the FCS Championship for the 8th time in 9 seasons. In addition, he ran for 1,100 yards and 14 touchdowns on 169 attempts

While Lance will begin focusing on the NFL Draft, the Bison still have a spring season to focus on. Zeb Noland is expected to replace Lance at the quarterback position for the Bison. He is a senior who spent three seasons at Iowa State before transferring to NDSU for the 2019 season.

The Bison are scheduled to begin the 2021 spring season on Sunday, February 21 against Youngstown State in the FargoDome.