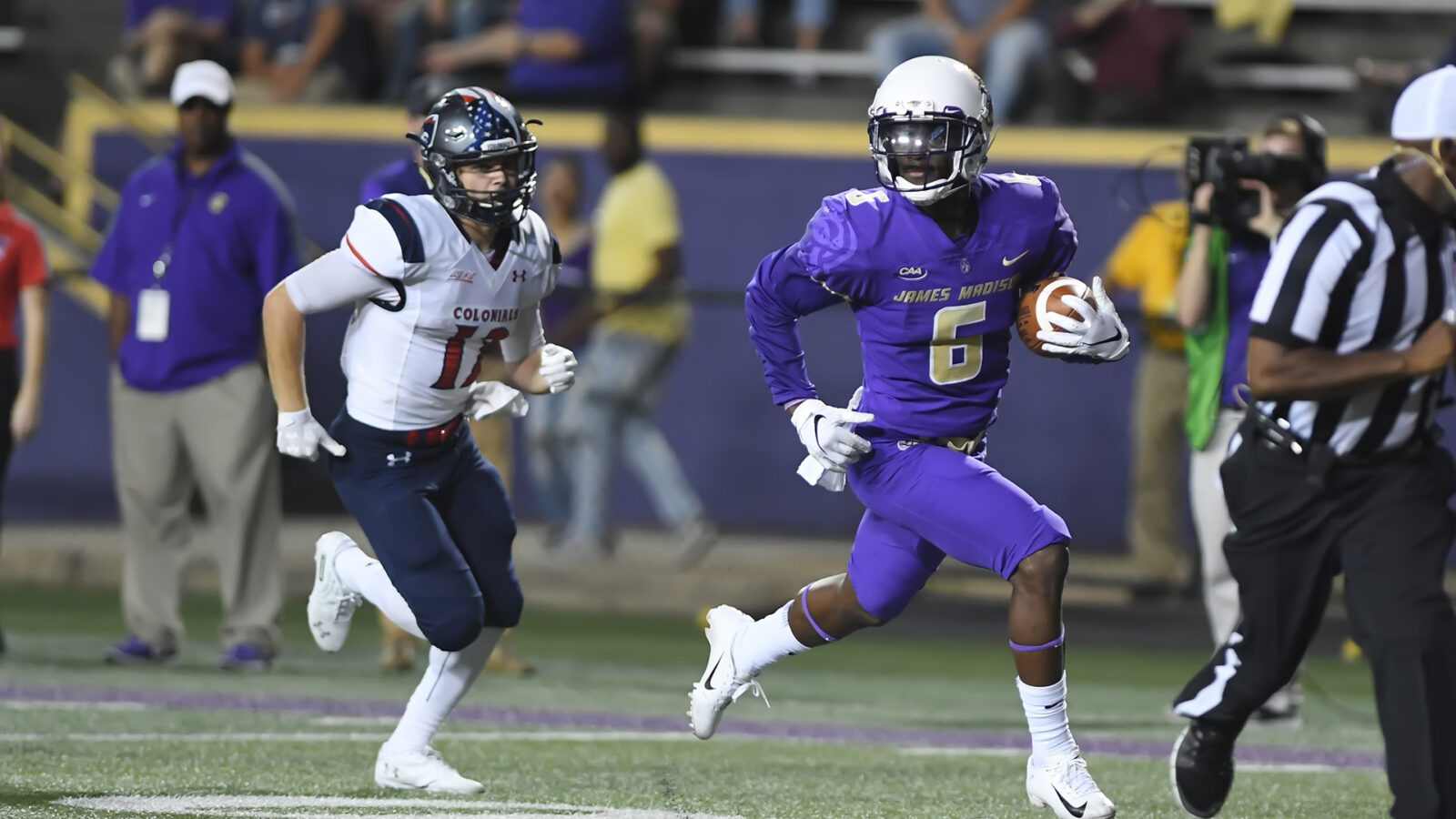 One tidbit of spring scheduling news came out on Wednesday with the James Madison Dukes scheduled to host the Robert Morris Colonials as part of the spring football season according to Greg Madia of Daily News-Record.

The two teams are slated to meet on Saturday, February 27 as one of the two non-conference games that the Dukes will be eligible to play in the spring.

The two teams met for the first time in 2018 when James Madison obliterated the Colonials 73-7. The Dukes put up 52 first-half points and the defense surrendered the only points early in the fourth quarter. JMU posted 667 yards of offense while the defense only allowed 223 including just 73 yards through the air.

The CAA announced some of the spring schedule details at the end of last month with the split of the conference into north and south division alongside a six-game schedule. The CAA did not announce which teams make up the divisions.

The Ohio Valley Conference became the sixth FCS conference to reveal its spring schedule on Wednesday. The SWAC, MEAC, Southland, MVFC, and CAA all previously announced at least some details of their spring football schedules.

The OVC will play 7 conference games and allow teams to play one non-conference contest. Eastern Kentucky will not play in the spring as they have opted to pursue a full fall schedule. The OVC slate will begin on Sunday, February 21 and end on Sunday, April 11. The conference built in a bye week for Sunday, March 7 to accommodate the OVC basketball tournament.

The round-robin format for the 8 teams will feature Sunday games each week with the exception of Easter Sunday on April 4. Those games will take place on Saturday, April 3.

The winner of the OVC will be the conference’s automatic qualifier for the FCS Playoffs. Selection for the playoffs will be on Sunday, April 18 with the first-round games slated to commence the following weekend. The FCS Playoffs will end on May 14, 15, or 16 with the National Championship Game in Frisco, Texas with the exact date to be determined later.