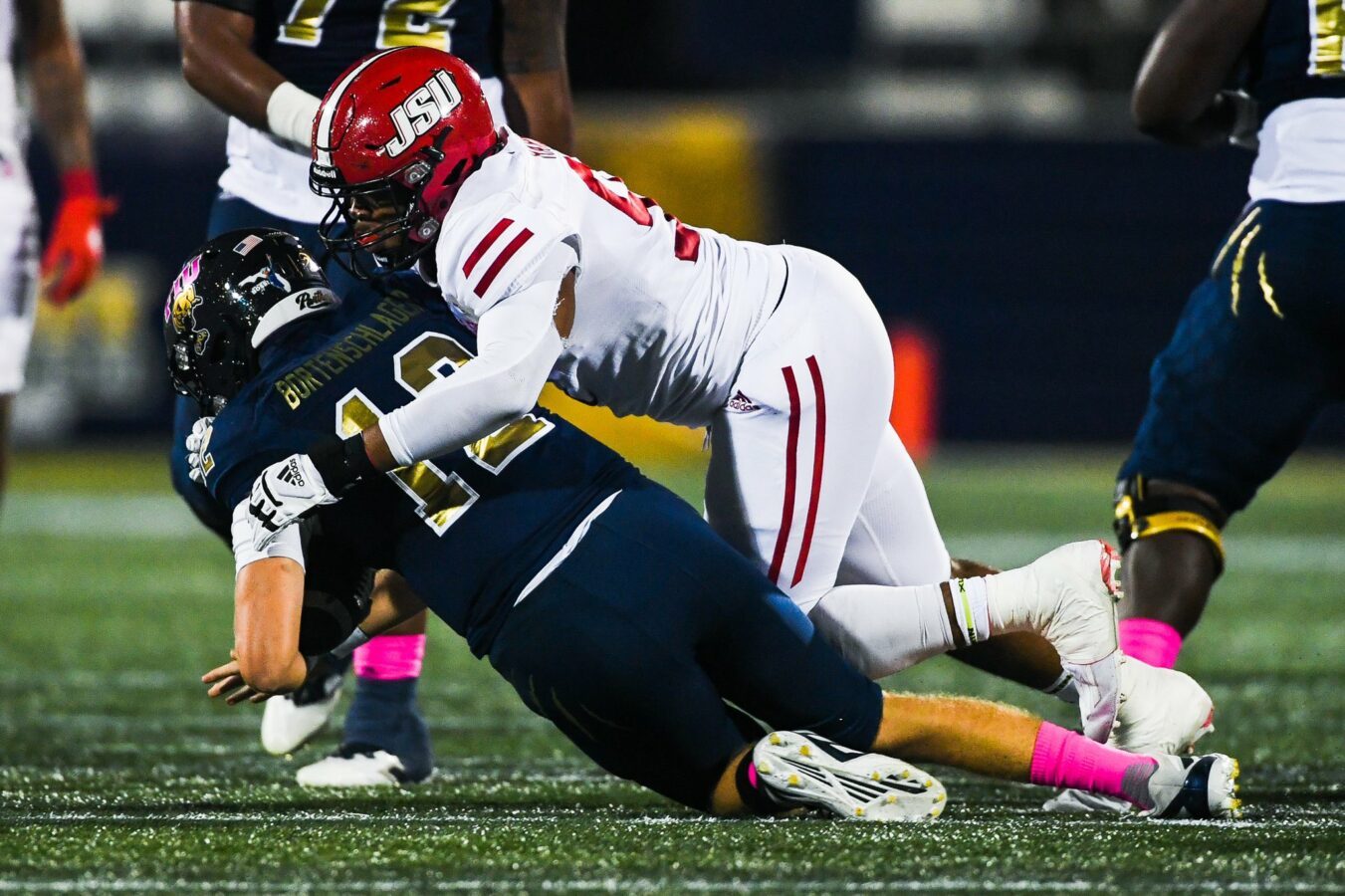 * Please note there will not be a week 9 Inside The Box Score as there are no FBS games. This series will return on Sunday, November 8 following the action from Week 10 of the college football season. *

Week 8 delivered plenty of action including the season’s first FCS over FBS upset thanks to Jacksonville State. There were five games this past weekend and we take a look at some of the trends below.

To date, 28 FCS versus FBS games have been played. Both charts and tables are provided to show the change throughout the season. The number of games played each week is listed in parentheses.

Please note that due to only 1 game being played in week 7, no averages will be provided for that week.

Chattanooga lost a 13-10 game with a highly controversial ending. The Mocs surrendered a late touchdown and then scored on the ensuing kickoff before it was wiped out on review. Had the Mocs won, it would have been their first victory against an FBS team since 2013.

Since that win, Chattanooga has lost 9 games in a row against FBS teams. Two of those were by a touchdown or less and the Mocs have averaged less than 8 points per game.

Jacksonville State pulled the first FCS over FBS win this season and the sixth such occurrence in program history (6-22 all-time record). The win against Florida International was the 6th over an FBS school for Jacksonville State after wins against Louisiana-Monroe (1994), Louisiana (2000), Arkansas State (2001), Mississippi (2010), and Georgia State (2013). Jacksonville State improved to 1-2 against C-USA opponents.

Mercer has only played six games all-time against FBS opposition after the latest matchup versus Army. Unfortunately, the Bears have struggled in those games losing by an average of 40 points per game. The task gets taller with future games against Alabama (2021), Auburn (2022), and Ole Miss (2023).

After a rough start to the season, special teams have been performing at some of the best levels all season. For the third week in a row, extra points were perfect. Field goals slipped a bit with two additional misses compared to last week. Nevertheless, the field goal rate inched up one percentage point from 66% to 67%.

The charts and tables below show the field goals and extra points by week along with season totals.

What’s Ahead for Week Nine

As of this writing, 40 of the 57 games scheduled FCS games have been completed. The latest updated FCS schedule for 2020 can be found here. Week nine will feature four games with three on Halloween. There will be two all-FCS matchups and two FCS versus Division II contests.