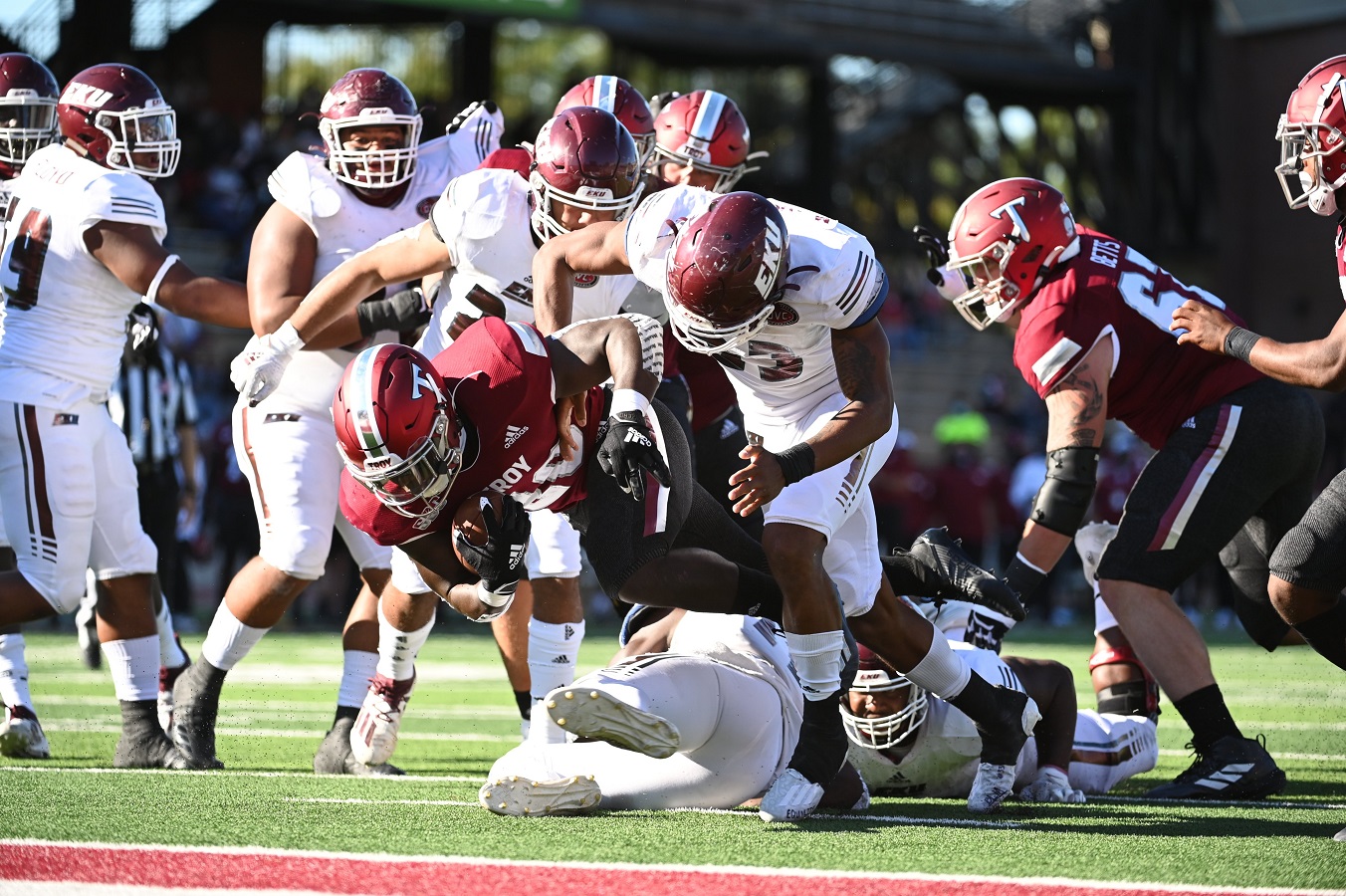 As we inch closer to the end of October – and the fall season – we saw four games played in week seven featuring FCS teams. Below is a look back at what happened in the seventh week of the 2020 college football season.

To date, 25 FCS versus FBS games have been played. Both charts and tables are provided to show the change throughout the season. The number of games played each week is listed in parentheses.

Please note that due to only 1 game being played in week 7, no averages will be provided for the week.

Eastern Kentucky lost a heartbreaking game at Troy 31-29 when the Trojans hit a last-second field goal. The Colonels had scored a TD with 21 seconds left but the comeback by Troy left them stunned.

The Colonels have struggled against FBS foes since their last win in 2014. They are 0-13 with 10 of those losses coming by double-digits. The game against Troy was EKU’s first game against a Sun Belt opponent and very nearly gave them an epic win.

The kicking game has been one of the trends to improve as the season has gone on. This is unsurprising as spring and summer practices were cut short and hurt special teams’ ability to gain valuable reps.

The last two weeks have been stellar for kickers with only four missed field goals in 7 games and no missed extra points for the second week in a row. After slumping to a cumulative 45% following week one’s games, field goal percentage is up to 66% for the entire season after 11 of 13 attempts were made over the weekend.

What’s Ahead for Week Eight

As of this writing, 35 of the 57 games scheduled FCS games have been completed. The latest updated FCS schedule for 2020 can be found here. Week eight will feature five games with three against FBS competition and two all-FCS matchups.