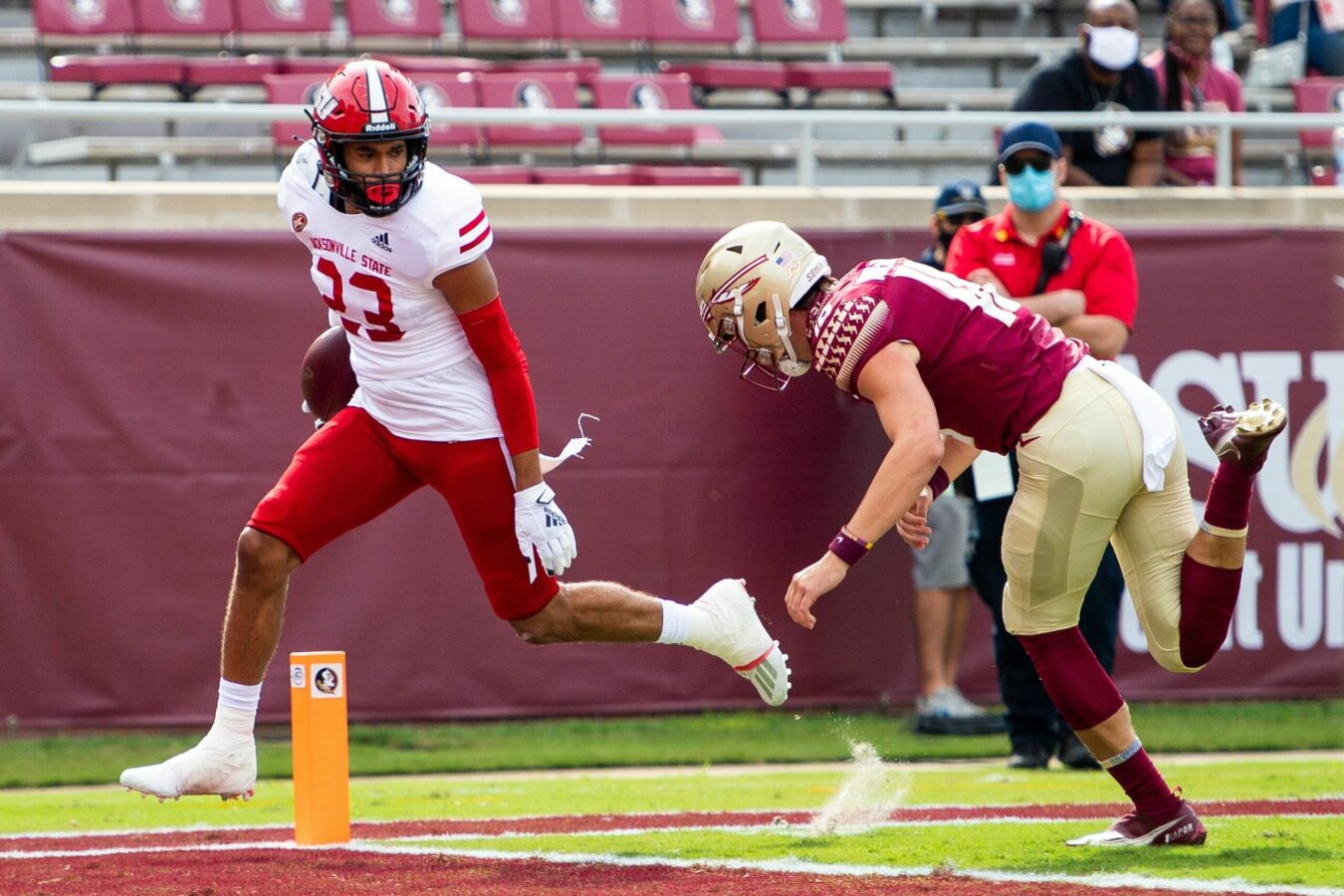 With September in the rearview mirror, the fifth week of the college football season brought the beginning of October and 7 FCS games. Below is a look back on trends from week five.

To date, 22 FCS versus FBS games have been played. Both charts and tables are provided to show the change over the course of the season. The number of games played each week is listed in parentheses.

Abilene Christian went to West Point and lost 55-23 against Army. The Wildcats are now 1-11 all-time against FBS foes but the 32-point loss at Army was only their second-worst versus FBS teams. The lone game that resulted in a larger margin of defeat was the 45-7 loss at Mississippi State in 2019.

Campbell ended its 2020 season with a rough 66-14 loss at Wake Forest. It was Campbell’s first-ever game against a Power 5 opponent after the previous six games against FBS teams were from the Sun Belt. Unfortunately, it was the second time the Camels gave up 66 points to an FBS team as they did so against Appalachian State in 2014. Wake Forest’s 66 points were also the most they have ever scored against an FCS team with the previous record of 53 coming against Presbyterian in 2010.

North Alabama’s game against Liberty is the easiest one to comb through the records for as Liberty was the first-ever FBS opponent for the Lions. The Lions played quite well defensively against Liberty as they surrendered only 7 first-half points in 28-7 loss. North Alabama faces two more FBS opponents this fall in Southern Miss (11/7) and BYU (11/21).

Overall, week one is looking more and more like an aberration though field goal kicking continues to be shaky. A table and chart are shown below for field goals (in blue) and extra points (in orange). The number of games played in each week is listed in parentheses.

What’s Ahead for Week Six

As of this writing, we are nearly halfway through the FCS season with 28 of the 58 games completed. The latest updated FCS schedule for 2020 can be found here.

Week six showcases four FCS games with two against FBS competition, one against a Division II opponent, and one all-FCS matchup.