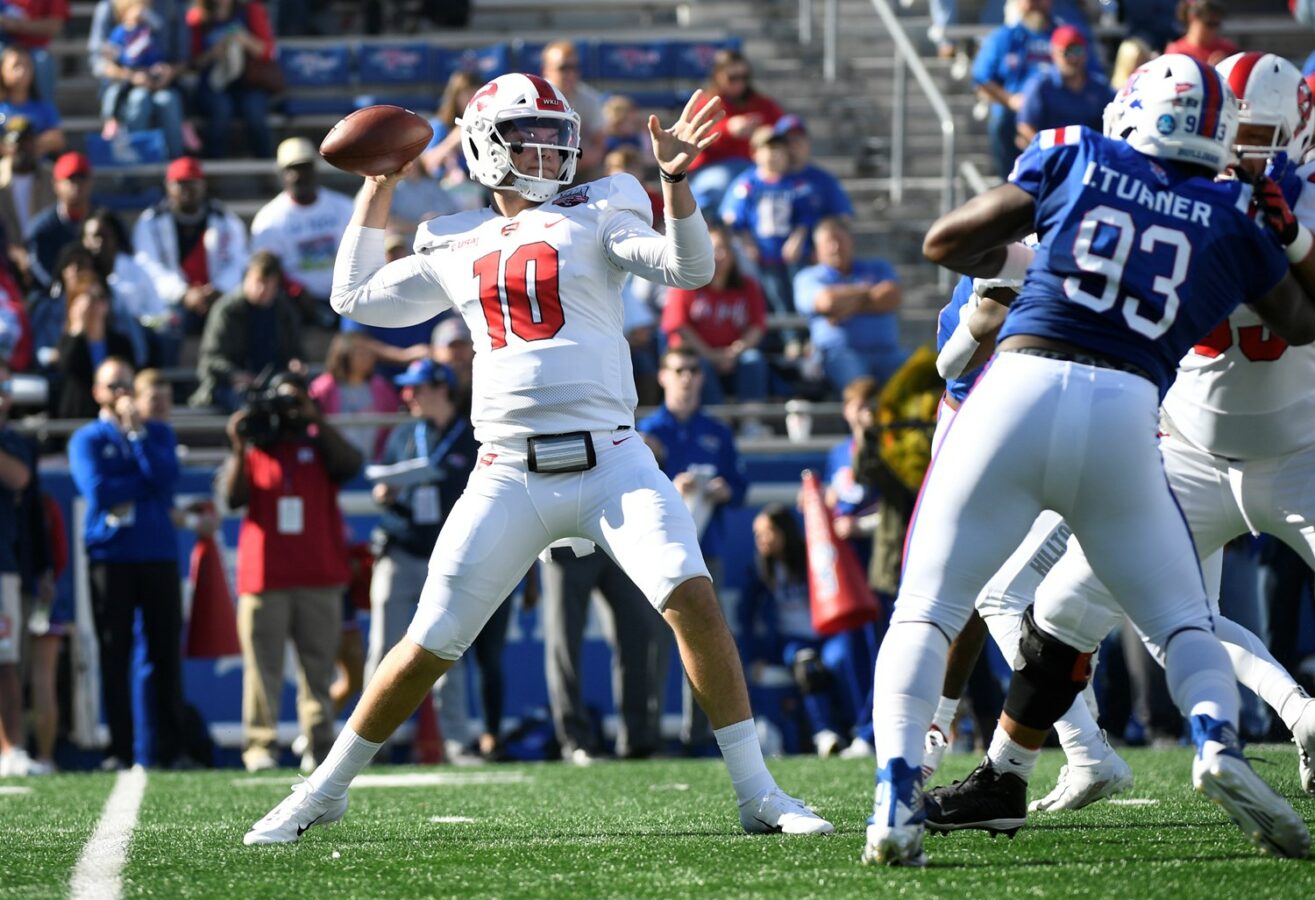 The Tarleton State Texans received a boost at the quarterback position thanks to the transfer of Steven Duncan from Western Kentucky. Duncan made the announcement via Twitter.

Duncan signed with the Hilltoppers in 2016 and redshirted that season. He made only one appearance in 2017 with the symmetrical stat line of 2 for 2 with 2 yards. In 2018, he made 9 appearances with 5 starts behind center. He threw for 1,071 yards (58%) with 9 touchdowns against 7 interceptions. He also ran for another 192 yards and 2 scores.

Last season, Duncan was the starter going into the season. He started the first three games but broke his foot against Louisville and subsequently had season-ending surgery. Through nearly three games, Duncan amassed 790 yards passing (59%) with 5 touchdowns and 4 interceptions while also running for another touchdown.

As Duncan is transferring down to the FCS, he will be eligible immediately. In addition, Duncan will have two years of eligibility remaining at Tarleton State.

The Texans are beginning a four-year transition process from Division II up to Division I. Tarleton State will be a member of the Western Athletic Conference (WAC), but will play as an FCS independent team for the foreseeable future as the WAC does not sponsor football.

Tarleton State is tentatively scheduled to open the season on Saturday, September 5 against Sam Houston State.