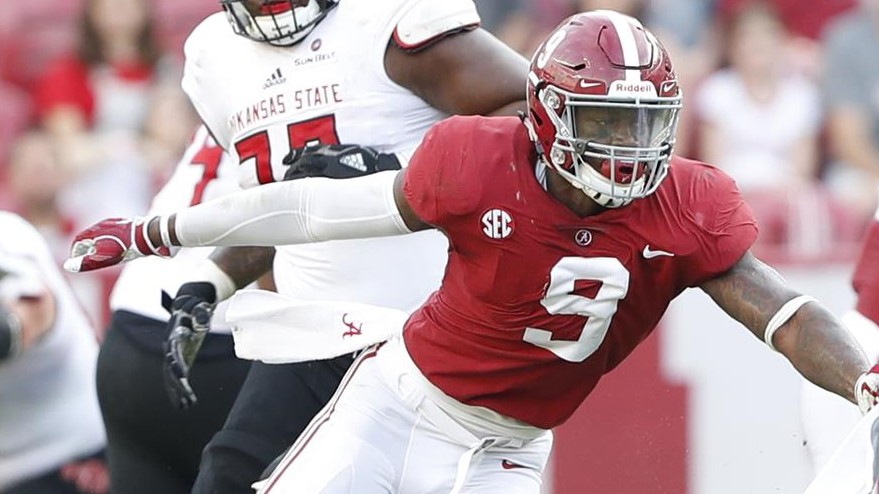 Eyabi Anoma, a former five-star linebacker at Alabama, announced he will attend Tennessee-Martin. Anoma made the announcement via his Twitter account.

Anoma was ranked as a top 25 player out of high school by ESPN, 247Sports, Rivals.com, and MaxPreps. He was also considered a top-five defensive player and consistently ranked as the best player in Maryland in the 2018 recruiting class.

As a freshman with Alabama, Anoma finished with 9 tackles, 2 tackles-for-loss, and a quarterback hurry as he played in 12 games. He was later dismissed by the school.

He opted to transfer to Houston for the 2019 season and redshirted as part of the transfer process. However, he was also dismissed from Houston in February leaving him looking for his third team in a year.

Anoma will have two seasons of eligibility and will be eligible immediately as a transfer down to the FCS level.

Anoma may have a chance at facing his former team this season. UT-Martin visits Tuscaloosa on Saturday, November 14. The Skyhawks begin the 2020 season on Thursday, September 3 against Southern Illinois at home.