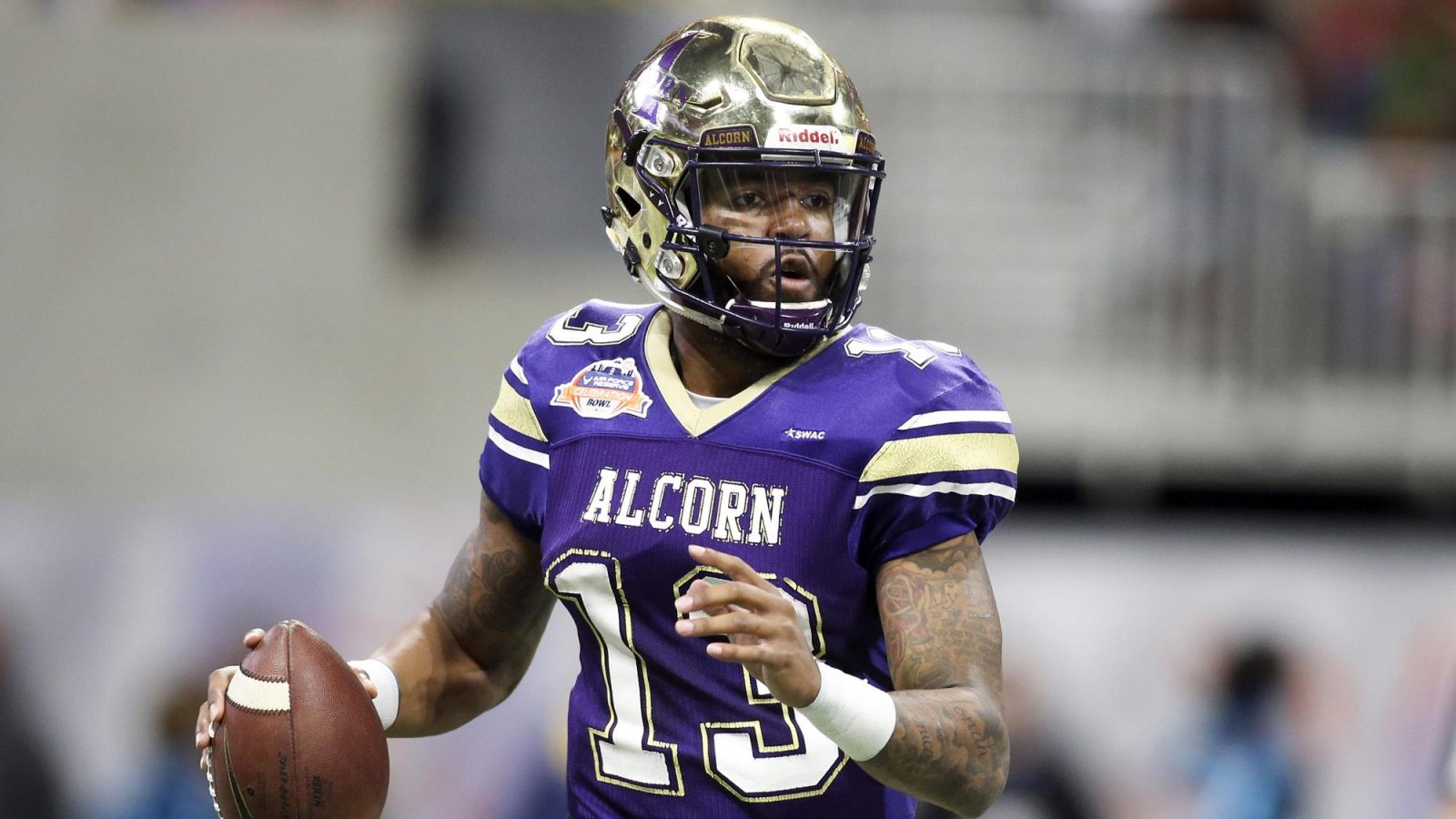 Johnson was granted an extra year of eligibility after suffering an injury early in the 2019 season. He will be eligible immediately for the upcoming 2020 season.

2018 was Johnson’s best season with Alcorn State. He threw for 2,207 yards and 15 touchdowns while completing 62% of his passes with 9 interceptions. He was the team’s second leading rusher with 1,080 yards and 11 touchdowns.

Alcorn State ended the season with a narrow 24-22 defeat against North Carolina A&T in the Celebration Bowl. Johnson was named SWAC Offensive Player of the Year and also named to the All-Conference First Team.

In three games before his injury in 2019, Johnson threw for 312 yards with a touchdown and an interception. He also ran for another 25 yards and a score.

Alcorn State still has Felix Harper behind center. In Johnson’s absence, Harper threw for 2,954 yards, 33 touchdowns, and 9 interceptions with a 60% completion rate. He also ran for 169 yards and six touchdowns on the ground. The Braves went 9-4 again with another Celebration Bowl loss to North Carolina A&T in the Celebration Bowl.

Alcorn State opens the 2020 season against Auburn on September 5.