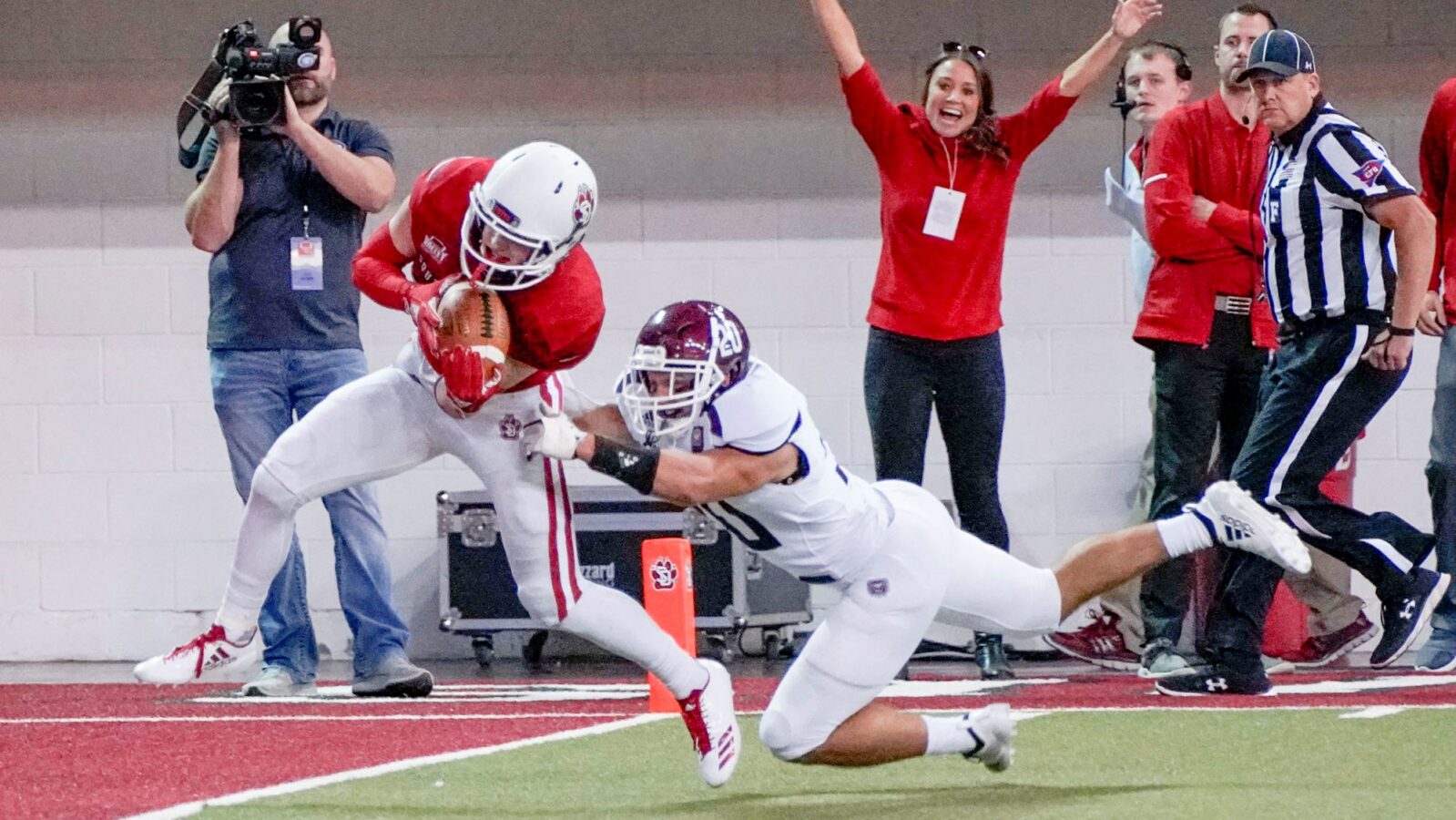 South Dakota’s Levi Falck has decided to continue his collegiate career at Nebraska. The wide receiver is a graduate transfer and will be eligible to compete immediately. Falck made the announcement via his Twitter account.

After redshirting in 2016, Falck played in 7 games as a redshirt freshman in 2017 with 16 catches for 197 yards. 2018 was his best season in Vermillion as he caught 45 passes for 492 yards and two touchdowns in 11 games with 9 starts. His 45 receptions were second best on the team and he recorded the third-highest in receiving yards.

2019 saw a precipitous decline in production as he only caught 9 passes for 85 yards in six games. Three of the six games were starts at wide receiver for Falck. Falck is stepping into a receiving unit at Nebraska that has experienced plenty of turnover in the offseason and could lead to significant playing time for the graduate transfer.

Earlier this month, two players went the opposite way out of Lincoln to FCS teams. AJ Forbes joined Montana and Xavier Trevino transferred to North Dakota.

Photo courtesy of the University of South Dakota Athletics.