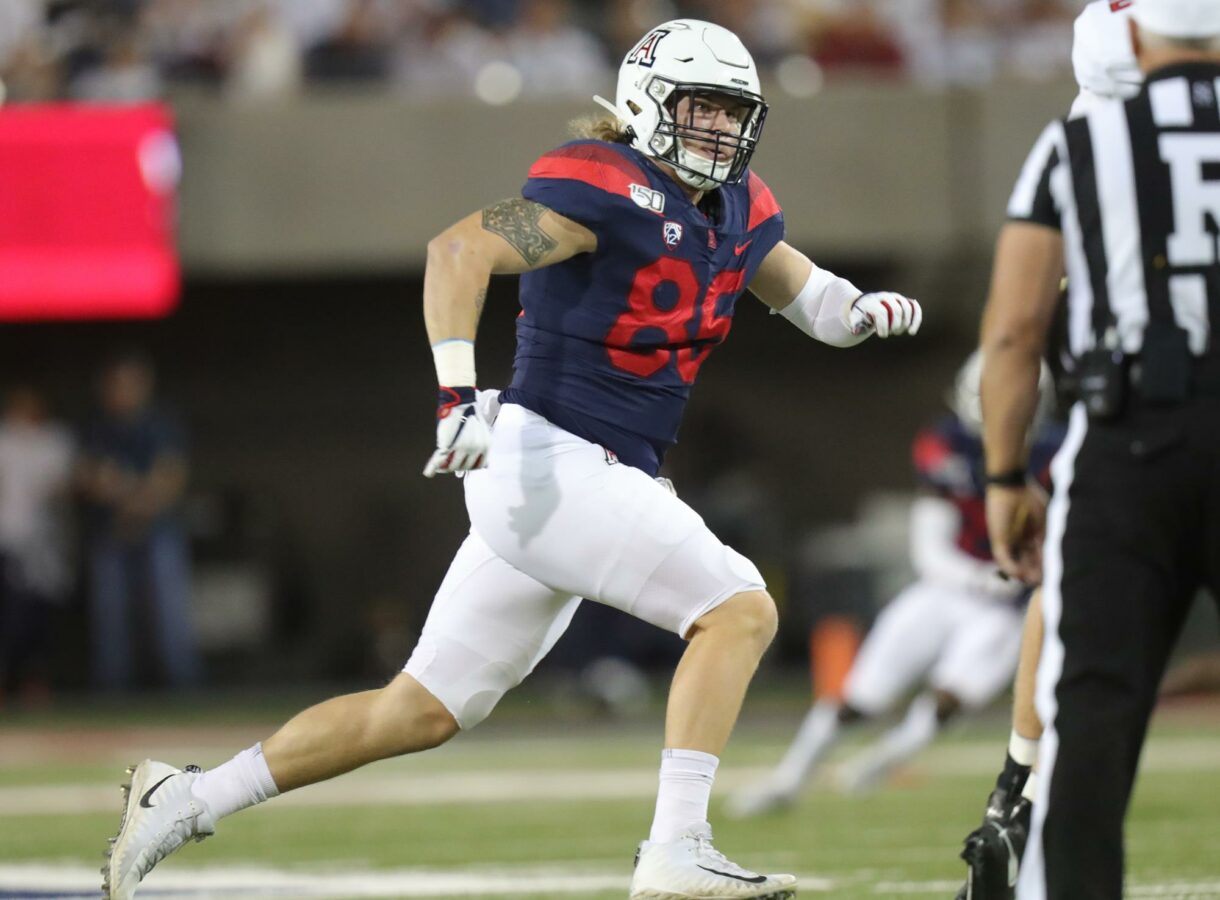 The Montana Grizzlies picked up another FBS transfer this week. Defensive end Justin Belknap announced his decision to transfer from Arizona on Sunday.

He began his stay at Arizona in 2015 with a redshirt season. He walked-on to the team the following year and made an immediate impact by becoming a starter. He finished the 2016 season with 16 tackles, 2.5 tackles-for-loss, a sack, and 2 passes defended in 11 starts and 12 games overall. His play earned him a scholarship in the spring of 2017.

2017 was more of the same with 11 starts and 12 games played. He recorded 23 tackles, 3 tackles-for-loss, 2.5 sacks, and a fumble recovery. He started 2018 with 6 tackles in the first two games but an injury sidelined him the rest of his season.

Belknap’s return from injury in 2019 saw his production decline to 9 tackles, one tackle-for-loss, a sack, and one pass defended in 12 games. He started two of the 12 games in which he appeared.

Belknap will be eligible immediately as a transfer to the FCS level.

The Grizzlies are slated to start the 2020 season against Division II Central Washington on Saturday, September 5.

Photo courtesy of the University of Arizona Athletics.