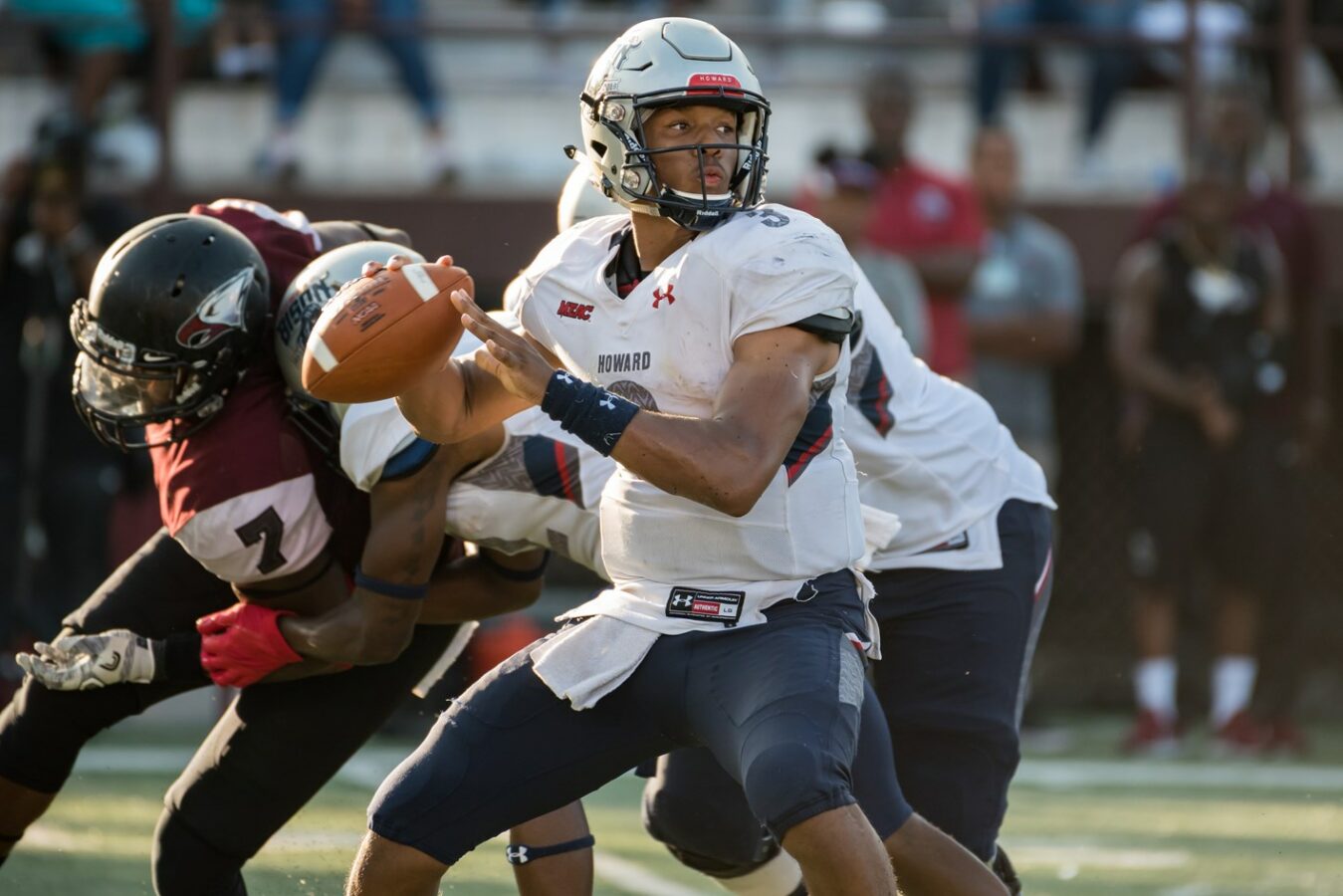 Howard quarterback Caylin Newton will transfer to the Auburn Tigers. Newton is the younger brother of former Auburn star Cam Newton, who led the Tigers to a win in BCS National Championship in the 2010 season.

The younger Newton announced his decision via Twitter. Caylin graduated from Howard this spring and will have two years of eligibility remaining at Auburn. He made a splash right out of the gate in 2017 with the shocking 43-40 upset over FBS UNLV as 45 point underdogs. He ran for 190 yards and 2 scores to go along with his 140 yards and touchdown through the air.

Newton finished the 2017 season 2,432 yards (51%), 13 touchdowns, and 12 interceptions in 11 games. He also 753 yards and 12 touchdowns on the ground. He led Howard to a 7-4 overall record with a 6-2 mark in the MEAC, which resulted in a tie for second place. Newton was named MEAC Rookie of the Year and to the MEAC All-Conference Second Team.

In 2018, his passing numbers improved slightly to 2,629 yards (51%) with 22 touchdowns and 17 interceptions. His rushing yardage fell to 504 for the season and he added four scores on the ground. His season resulted in being named the MEAC Offensive Player of the Year and the MEAC All-Conference First Team as the Bison fell to 4-6 overall and 4-3 in the MEAC.

Newton started the 2019 season campaign strong with 815 yards passing, 6 touchdowns, and three interceptions in his first four games. He only had 61 yards and a touchdown on the ground to that point.

Then came the news he was redshirting the season with the intention to leave Howard. His decision came as others in the Howard program had also decided to transfer. Former Howard coach Ron Prince was accused of mistreating and verbally abusing players and the team sputtered to finish 2-10 overall and 2-6 in the MEAC.

The last 12 months have been tumultuous for Howard. Prince was let go in late 2019 and replaced by Larry Scott. This past week the Bison were ruled ineligible for the 2020 FCS postseason due to failure to maintain an adequate Academic Progress Rate (APR).

Howard is tentatively scheduled to start the 2020 season on Sunday, September 6 in the Black College Football Hall of Fame Game versus Division II Central State.