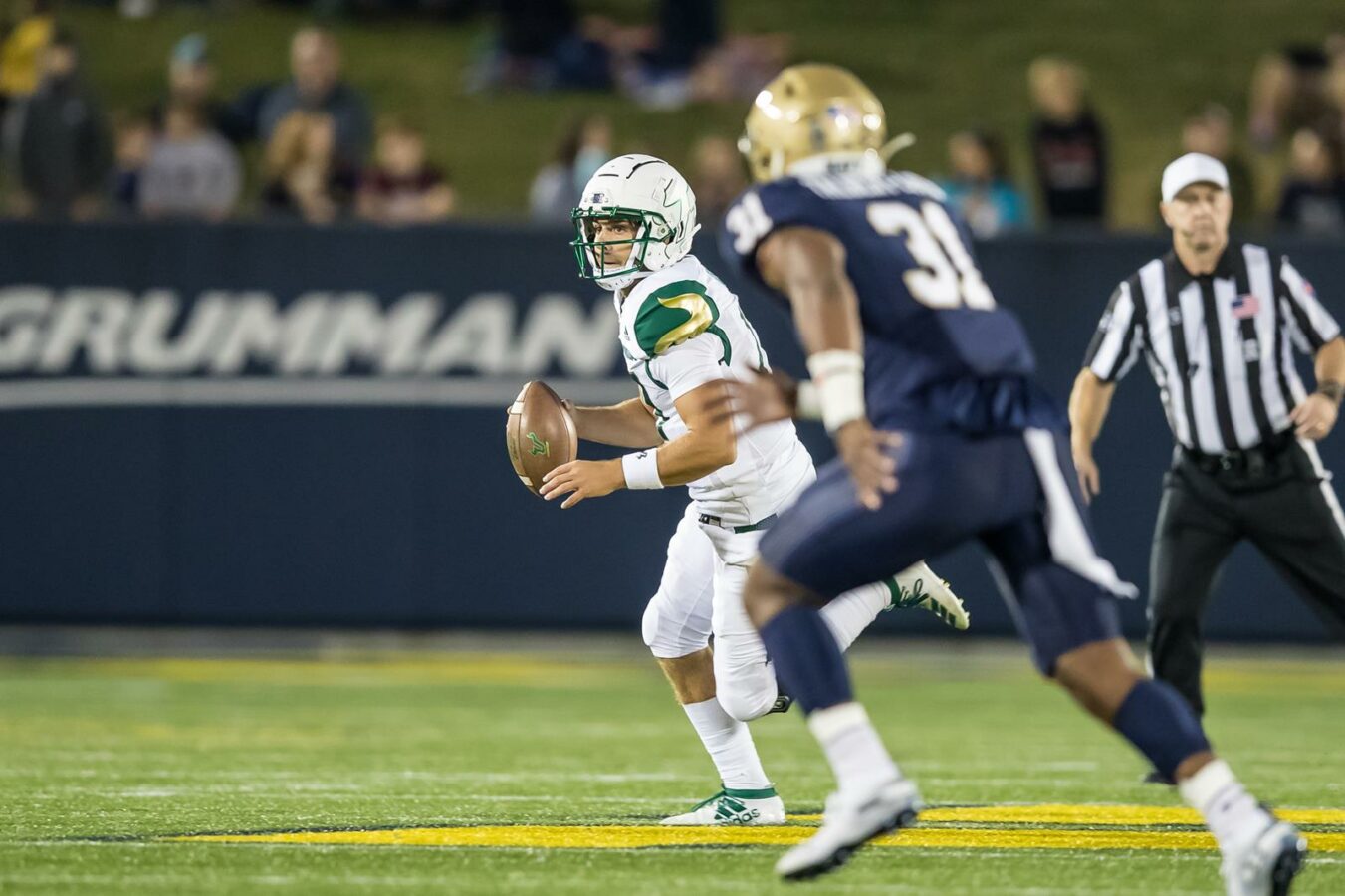 Quarterback Kirk Rygol has decided to transfer from South Florida to Montana. Rygol announced his decision via Twitter.

Rygol started his collegiate journey at the Division II school North Greenville University. He only made a single appearance completing his only pass for 9 yards and finishing with negative 4 rushing yards on three attempts. He then moved the National Junior College Athletic Association (NJCAA) for the 2018 season where he redshirted at ASA College in Brooklyn, New York.

He saw his most extensive playing time last season while a member of the Bulls. In five games he completed 12 of his 24 passes for 170 yards and 2 touchdowns. He also tallied 9 carries for 29 yards. Earlier in the offseason, USF picked up FCS quarterback transfer Noah Johnson from Alcorn State.

As a transfer from FBS to FCS, Rygol will be eligible immediately in 2020 and will have two seasons of eligibility remaining. Rygol will be competing for the starting quarterback spot after the departure of two-year starter Dalton Sneed.

Rygol marks the second FBS transfer for Montana in a week. AJ Forbes announced last Monday that he was leaving Nebraska to head to Missoula.

Montana is scheduled to start the season on Saturday, September 5 against Division II Central Washington at home.