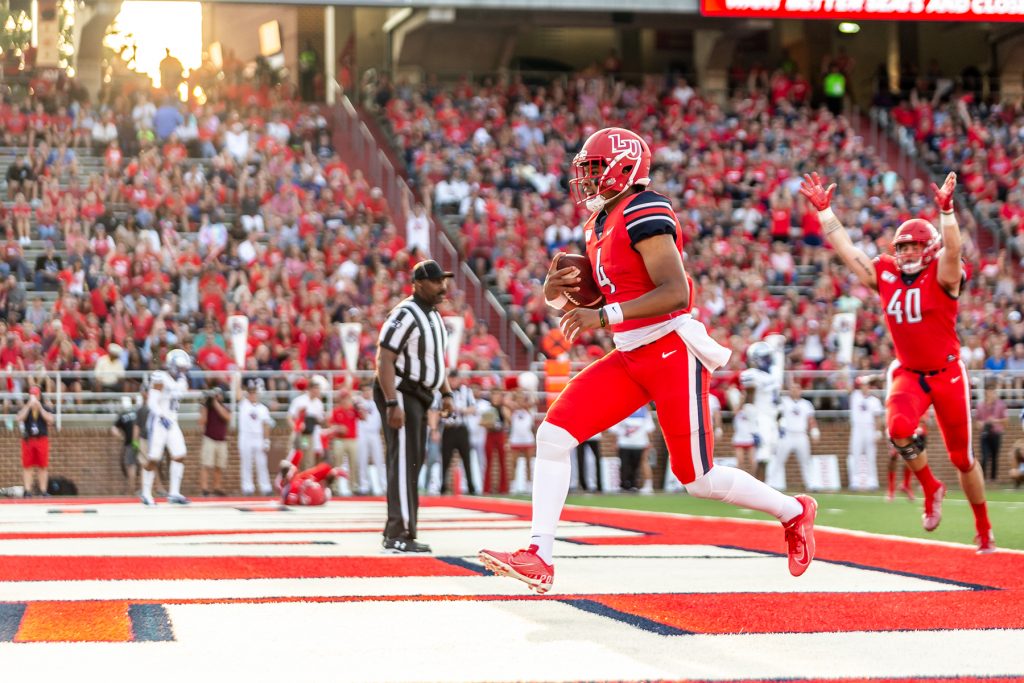 Quarterback Brandon Robinson has decided to transfer from Liberty to Rhode Island, according to an update he made on his Twitter account.

Robinson was a redshirt freshman last season at Liberty after enrolling in 2018. He played in five games completing 2 of 3 passes for 19 yards and a touchdown. In addition, he had 138 yards and 3 touchdowns on the ground while averaging 8.1 yards per carry.

As a transfer to the FCS, Robinson will be eligible immediately. He will have three years of eligibility remaining.

The Rams tentatively begin the 2020 season on the road against Northern Illinois on Saturday, September 5.