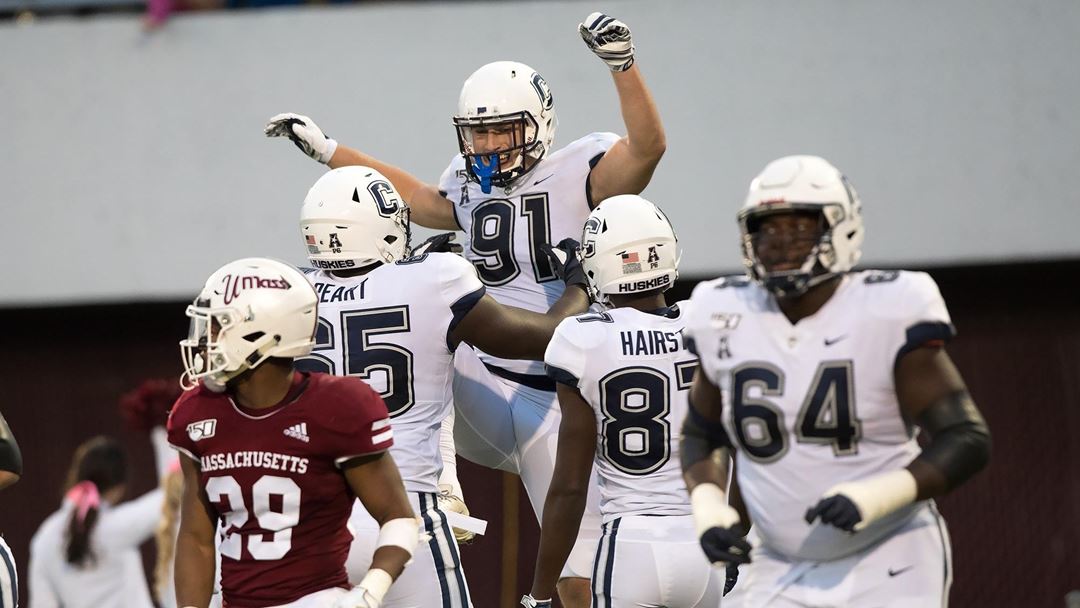 Amidst the news that the University of Connecticut will cut four programs following the 2020-21 academic year, it was revealed the football team will remain in the FBS.

Men’s cross country, men’s tennis, men’s swimming and diving, and women’s rowing were all axed by the university due to budget constraints. Officials estimate a savings of $10 million each year.

Football, however, was spared and that includes a drop to the FCS level.

A year ago, UConn decided to leave the American Athletic Conference (AAC) for the Big East Conference after the 2019-20 season. The AAC did not want to keep the Huskies as an associate member so UConn decided to become an independent starting in 2020.

The Huskies have often been rumored as a potential team to drop back to the FCS as they have struggled on the field in the last decade. Since 2010, they had one winning season – in 2010 in Randy Edsall’s final season of his first stint. They made just one bowl game

A natural geographic fit, an important component to keep travel costs low for a fiscally focused university, would have been the Colonial Athletic Association (CAA). Joining the CAA would have also rekindle many historical matchups featuring former Yankee and Atlantic 10 foes.

The university cited a drop to the FCS as a non-starter due to current contracts featuring high-value Power 5 opponents, equipment agreements, and a new CBS Sports Network deal.

Instead, the Huskies will forge its path as an independent. We will find out over the next few seasons whether UConn’s decision was a wise one.

Photo courtesy of the University of Connecticut Athletics.