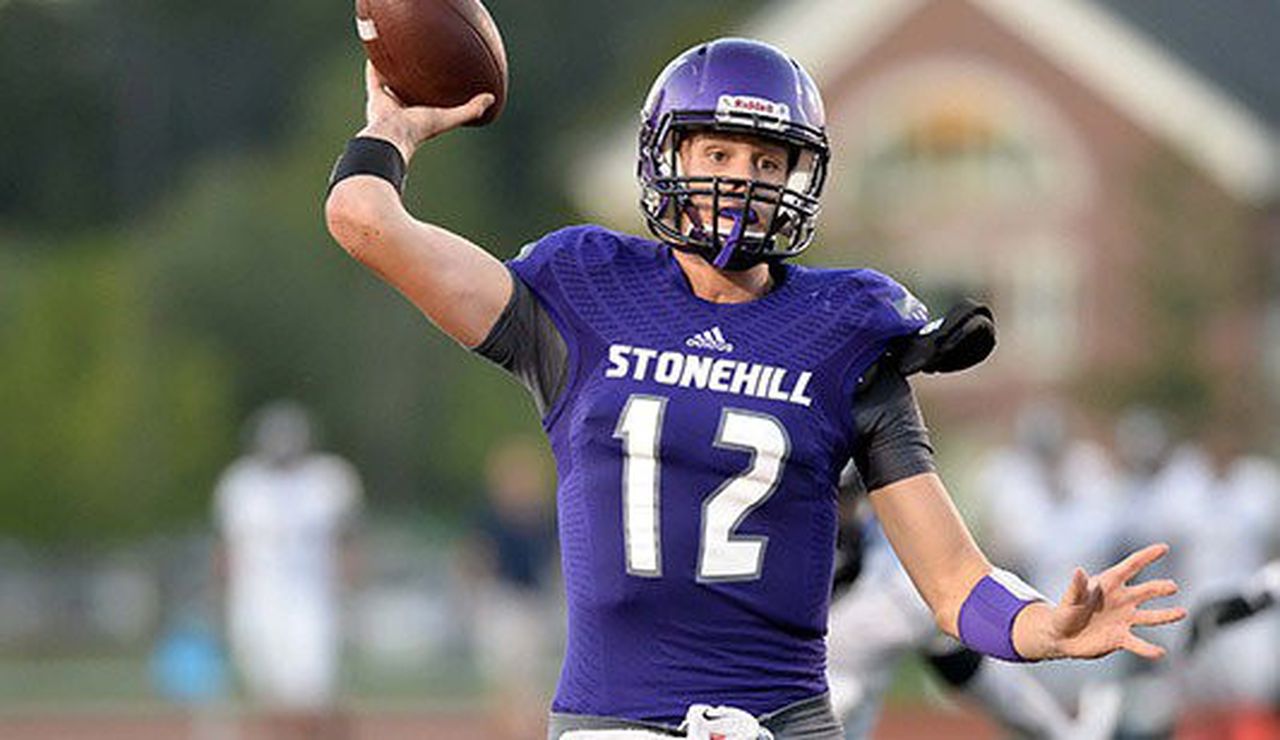 The Northeast Conference will be adding a current Division 2 team beginning with the 2022-23 academic year as Stonehill College has accepted an invitation to become a member. The Skyhawks will have a 4-year transition period as part of the move up to Division 1 and will become fully eligible beginning with the 2026-27 season.

The NEC recently lost Bryant to the America East Conference (football will be in the Big South) and has decided to pursue the Division 2 NE-10 path again. The NEC added Merrimack from the NE-10 starting in the 2019 season. The Warriors have gone 11-14 over the last 3 seasons as a Divison 1 team. The addition of Stonehill will put the NEC at 8 members starting in 2022.

Stonehill is a relatively new football program having been established in 1988 as a Division 3 independent for the first season and then joined the now-defunct ECFC in 1989 until 1996. The Skyhawks won 3 conference titles as an ECFC member. They moved up to Division 2 in 1997 as a member of the Eastern Football Conference where they played 4 seasons before that conference ceased to exist. In 2001, they joined with some of the remnants from the EFC in the Northeast-10. They spent two decades in the NE-10 but did not make any appearances in the D2 playoffs.

With Stonehill joining the fray, the FCS will feature 130 teams for the 2022 season, assuming there are no more additions or departures.