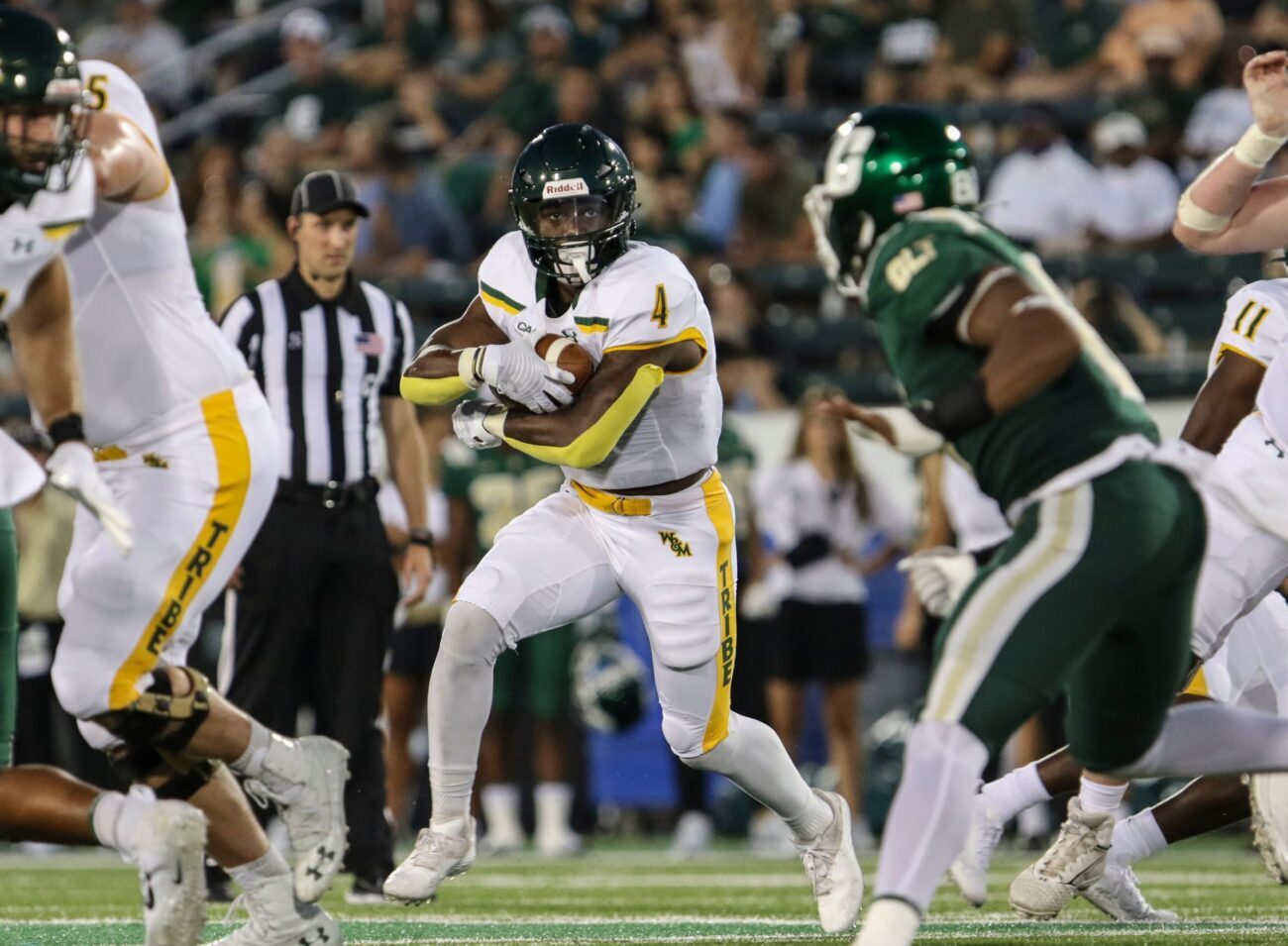 With the 2022 FCS season coming to a close with the National Championship in a few weeks, let’s take a look back at how FCS teams performed against the FBS. There were 120 FCS versus FBS matchups in 2022, which set a record for most in a single season. For the FCS, it was a solid showing for a second straight year and we will break down some of the numbers for 2022 and the past few years below.

There were a total of 8 FCS wins in 2022, which was 4 fewer than in 2021. However, the 20 total wins over the last two seasons combined was the best two-year stretch since 2012 and 2013 when the FCS put up 26 wins against FBS competition. A year-by-year list of FCS wins can be found here. The 8 FCS over FBS wins are listed below.

Best and Worst Offensive Performances in 2022

For the past few seasons, we have been tracking the team statistics for all FCS versus FBS matchups. Below, we will list the best (highest) and worst (lowest) FCS team performance in each category.

Most Points: 59 by Eastern Kentucky against Bowling Green in week 2.

Most Passing Yards: 503 by Fordham against Ohio in Week 4. This was a brutal loss for Fordham though they still reached the playoffs.

Fewest Passing Yards: 19 by Wagner against Syracuse in Week 5. This wasn’t a pretty game for Wagner.

Most Rushing Yards: 298 by William & Mary against Charlotte in Week 1. The Tribe took over in the fourth quarter for the first FCS win in 2022.

Fewest Rushing Yards: 9 by Norfolk State against James Madison in Week 2. Did the Dukes really have to do that to their former FCS brethren?

Most Turnovers Committed: 5 by three different teams in Week 2. Gardner-Webb against Coastal Carolina, Southern against LSU, and McNeese against Rice all committed 5 turnovers.

Fewest Turnovers Committed: 0 by multiple teams. 20 FCS teams did not commit any turnovers against FBS teams in 2022 but only 2 of those 20 games resulted in a win (William & Mary against Charlotte and Holy Cross against Buffalo).

Most Interceptions Thrown: 3 by multiple teams. 11 FCS teams threw three interceptions against FBS foes in 2022. The average score of those games? 43-14 in favor of the FBS but one of those games was a win by the FCS – Weber State’s dismantling of Utah State 35-7 in Week 2.

Fewest Interceptions Thrown: 0 by multiple teams. 34 FCS teams did not throw any interceptions in 2022 against FBS opponents. Three of those games resulted in FCS wins (William & Mary, Delaware over Navy in Week 1, and Holy Cross).

Most Fumbles Lost: 4 by Southern against LSU in week 2. It was a rough game for Southern as they committed 5 total turnovers in a 65-17 loss but we were glad to see Power 5 teams schedule HBCUs and hope they continue to do so.

Fewest Fumble Lost: 0 by multiple teams. 65 FCS versus FBS games resulted in no lost fumbles by the FCS.

Least Time of Possession: 19 minutes and 57 seconds by Samford in a shutout loss at Georgia (33-0). We still can’t believe Georgia let Samford have the ball that long.

Most First Downs: 29 by Eastern Kentucky in Week 1. EKU ended up losing 42-34 despite outgaining Eastern Michigan by nearly 100 yards.

Fewest First Downs: 3 by Samford in Week 2. No need to elaborate on this game again.

Most Penalties Committed/Most Penalty Yards: 18 by Incarnate Word in Week 2. The Cardinals won 55-41 over Nevada despite committing 18 penalties for 145 yards and also turned the ball over twice.

Fewest Penalties Committed/Fewest Penalty Yards: 0 by Kennesaw State in Week 2. The Owls were disciplined in the penalty department but lost 63-10 against Cincinnati.

Most Third Down Conversions: 12 by Eastern Kentucky in Week 1. As one might expect, the most came from one of the three games mentioned above with EKU converting 12 of 18.

Most Third Down Attempts: 20 by 2 teams. Kennesaw State against Cincinnati in Week 2 and Texas Southern against UTSA in Week 4 went an identical 8 for 20 on third downs.

Fewest Third Down Attempts: 7 by North Dakota State in Week 3. The Bison went 3 for 7 in the close 31-28 loss against Arizona.

Most Rushing Attempts: 61 by Kennesaw State in Week 2. The Owls make another appearance on this list when they attempted 61 rushes to gain 142 yards on the ground.

Fewest Rushing Attempts: 15 by Charleston Southern in Week 2. This number is kind of surprising given how often FCS teams are trailing in these contests. We would have expected the number to be a bit lower. The Bucs ran 15 times for 36 yards against NC State in a 55-3 loss.

Highest Yards Per Carry: 6.3 by William & Mary in Week 1 and North Dakota State in Week 3. William & Mary ran all over Charlotte with 47 rushes for 298 yards in the season’s first FCS over FBS win. The biggest FCS-FBS matchup coming into the season had a lot of the Bison hallmarks as they ran for 283 yards on 45 carries.

Lowest Yards Per Carry: 0.3 by Norfolk State in Week 2. James Madison put a hurting on Norfolk State when they won 63-7 while holding NSU to just 9 yards rushing on 26 carries.

When we look at the last 4 years of data for the per-game stats, not a whole lot jumps out for 2022 compared to the previous three seasons except for points. We’ll talk about that in a second but one that did change slightly was interceptions thrown (up to 1.2 per game from 0.95 for 2019-2021).

One final stat to mention is that in the 8 FCS over FBS wins, the FCS teams scored an average of 39.1 points. That is the 2nd best total for FCS wins since the split in 1978 with 1997 besting the 2022 season at 40.6 points in those 5 FCS wins. There’s not a lot to take away from this stat other than the FCS was simply dominant in those 8 wins.