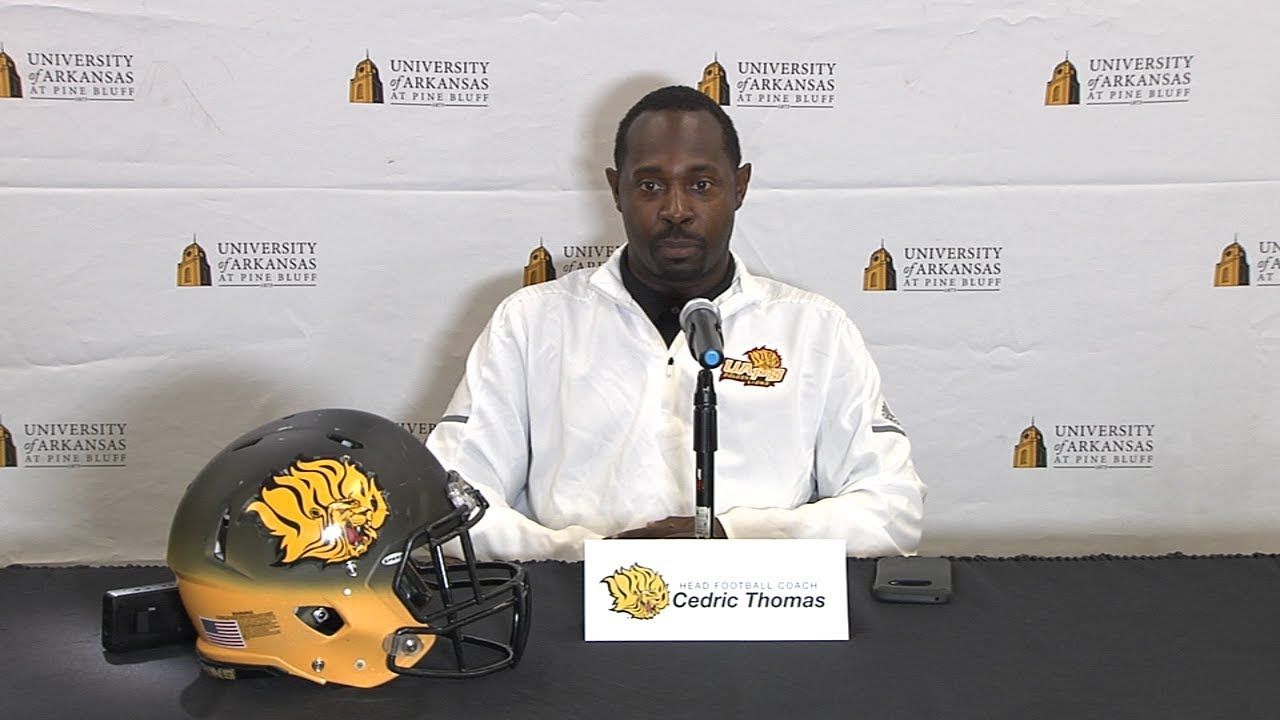 Cedric Thomas has resigned from the head coaching position at Arkansas-Pine Bluff. He is expected to become the defensive backs coach at Southern Mississippi.

The 2019 season was the first time UAPB had a winning record since 2012 when the Golden Lions won the SWAC Championship over Jackson State 24-21 in overtime.

Thomas played at Arkansas-Pine Bluff in 1999 and 2000 as a defensive back. He previously coached at fellow SWAC member Alcorn State in 2001 and again from 2012 through 2017. He was then hired to lead UAPB in his first head coaching gig in 2018.

Arkansas-Pine Bluff will start the 2020 season with back-to-back FBS opponents on the road. They play at Troy on September 5 and at Miami (OH) on September 12.