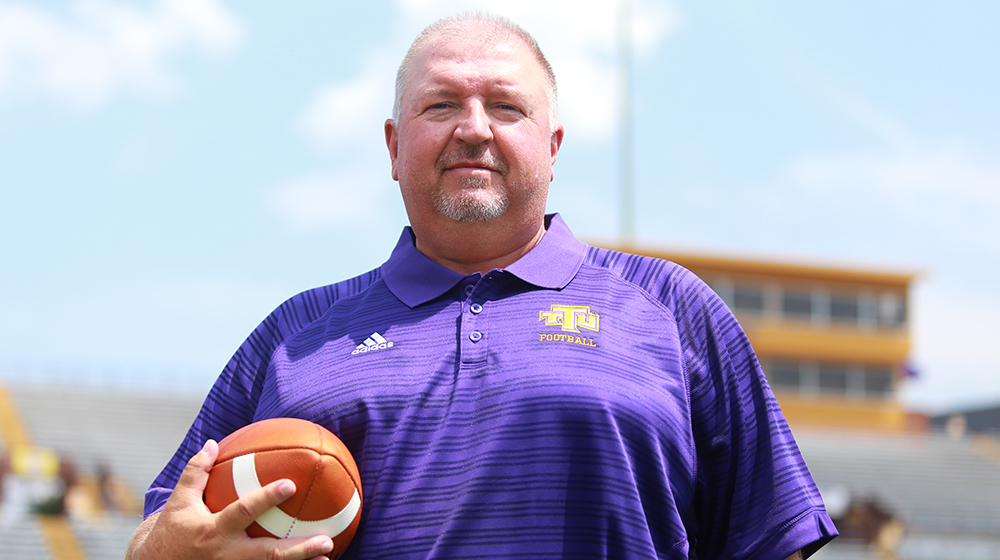 The Tennessee Tech Golden Eagles have given a contract extension to head coach Dewayne Alexander through the 2024 season. The school announced the news on Wednesday.

Alexander has been with the Golden Eagles for only two seasons but the team has shown drastic improvement. Tennessee Tech went 1-10 in 2017, which prompted the hire of Alexander.

Alexander produced the same record in 2018 going 1-10 with the lone victory coming against Murray State. The Golden Eagles scored only 198 points in those 11 games (18 points per game). However, 2019 saw Tennessee Tech score 29 points per game and improve to 6-6. The 29 points per game were second best in the Ohio Valley Conference in 2019.

Alexander also lost his offensive coordinator in Tre Lamb who took the head coaching at Gardner-Webb in the offseason.

Prior to Tennessee Tech, Alexander was the head coach at Cumberland University where he went 41-33 in 7 seasons. His teams produced a winning record in each of his final three seasons and four of the last seven.

Tennessee Tech is scheduled to start the 2020 season on the road against Samford on Saturday, September 5.