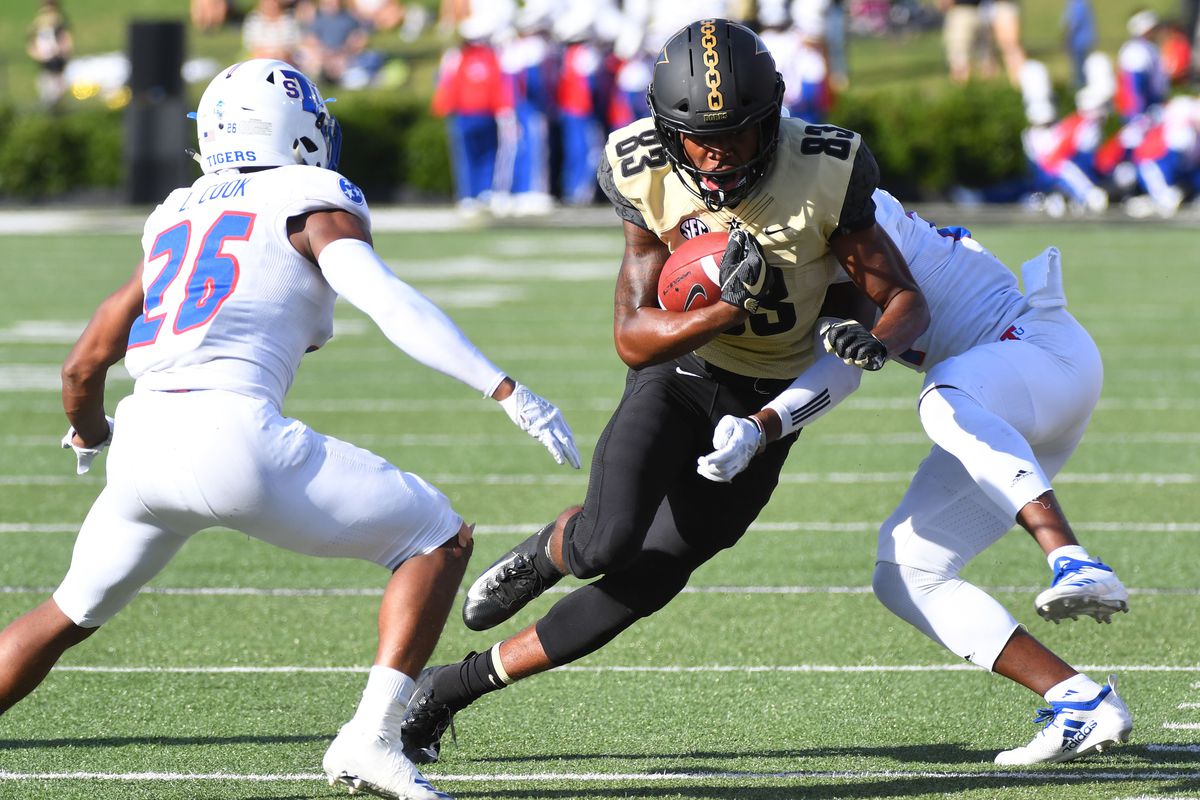 The Alcorn State Braves are getting a talented FBS transfer from Vanderbilt. Wide receiver C.J. Bolar announced his decision to transfer via his Twitter account.

Bolar played two seasons at Vanderbilt in 2018 and 2019. He made an immediate impact in his freshman season making 8 starts and playing in all 13 games. He caught 34 passes for 440 yards and 2 touchdowns while also recording 2 rushes for 24 yards. His receptions and yardage both ranked as third-best on the team.

His production dropped off in 2019 to 11 catches for 79 yards in 9 games and 6 starts. However, Bolar dealt with injuries throughout the season, which hurt his production.

As a transfer to the FCS, Bolar will be eligible immediately and have two seasons of eligibility. Alcorn State lost dynamic quarterback Noah Johnson to transfer this offseason, but Bolar should be able to catch plenty of passes from Felix Harper.

Alcorn State opens the 2020 season against Auburn on Saturday, September 5.