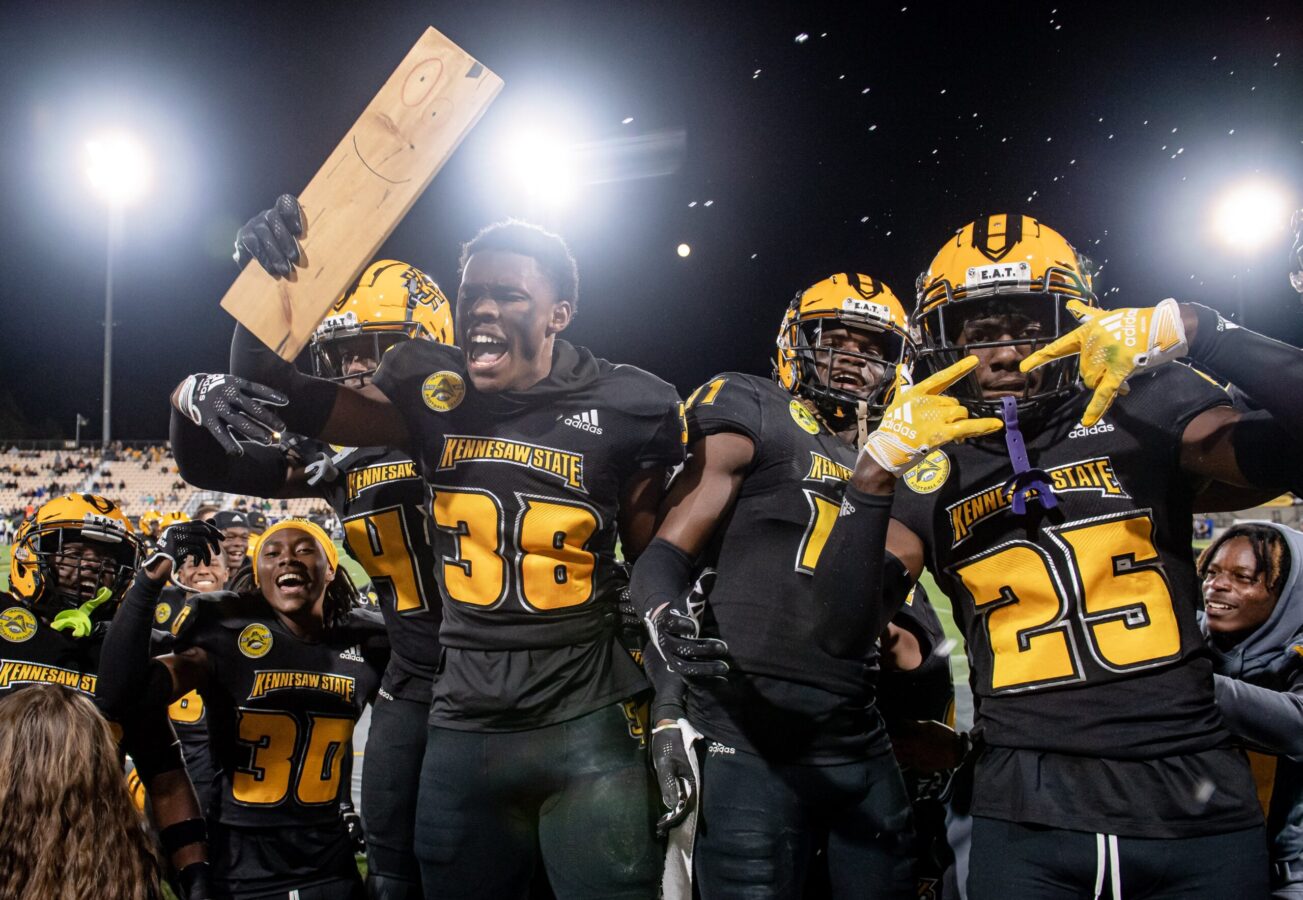 The Kennesaw State Owls will leave the FCS and ASUN conference to join the FBS and Conference USA in 2024. The move was originally reported a week prior by ESPN’s Pete Thamel. By the time the Owls join C-USA, they will have gone from not having a football team to the FBS within a decade.

Kennesaw State has been a strong program since its inception in 2015 without a losing season to date. The Owls have won the Big South three times and finished second twice. In total, they’ve made 4 FCS Playoff appearances including back-to-back quarterfinal trips in 2017 and 2018 in which they lost to Sam Houston State and South Dakota State, respectively. Speaking of SHSU, they will be joining them in C-USA as the Bearkats will move in 2023. In addition, current ASUN member Jacksonville State will also move to the ASUN after this academic year to C-USA.

The ASUN is already facing a football membership crisis in its first season sponsoring the sport. The ASUN will have Austin Peay, Central Arkansas, Eastern Kentucky, and North Alabama among its ranks by 2024 and there are no teams set to join for football over the next 2 seasons yet. However, the ASUN has had a scheduling alliance with the WAC for 2021 and 2022 to make sure all eligible teams have a path to an automatic qualifying spot in the FCS Playoffs. Like the ASUN, the WAC is also facing an exodus of teams so the arrangement seems likely to continue.

The FCS membership continues to be in flux as numerous programs are shuffling between conferences and subdivisions. Kennesaw State represents the latest move and there will undoubtedly be plenty more in the coming months and years.