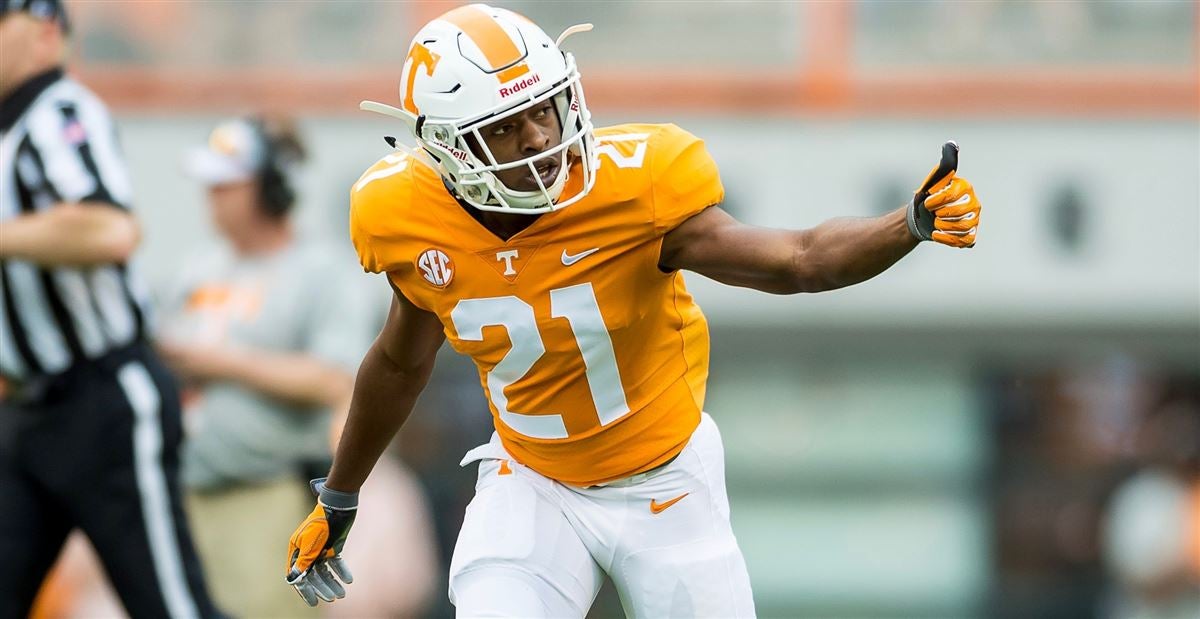 Former Tennessee Volunteers wide receiver Jacquez Jones is headed to Eastern Kentucky according to a report by 247Sports.

Jones began his career at Tennessee in 2017 but suffered a knee injury in the preseason that caused him to miss the entire season. Tennessee opted to use his redshirt for the 2017 season.

As a redshirt freshman in 2018, he did not see any game action. In 2019, he played in the first three games recording 9 yards rushing on an end-around. He did not play against Florida and subsequently announced his decision to enter the transfer portal.

Jones will be eligible immediately as a transfer to the FCS and will have to years of eligibility remaining as a redshirt junior.

The connection between UT and EKU is former UT assistant Walt Wells who is now the head coach at Eastern Kentucky. Wells was hired in December to replace Mark Elder. Elder went 21-24 in four seasons including 7-4 and 7-5 in his last two seasons.

Jones is the second FBS player to transfer to Eastern Kentucky this week. Tahj Rice transferred from Duke after two seasons with the Blue Devils. He finished with 16 tackles, 2.5 tackles-for-loss, and 1.5 sacks in 24 games.

The Colonels start the 2020 season on Saturday, September 5 at home against Western Carolina.