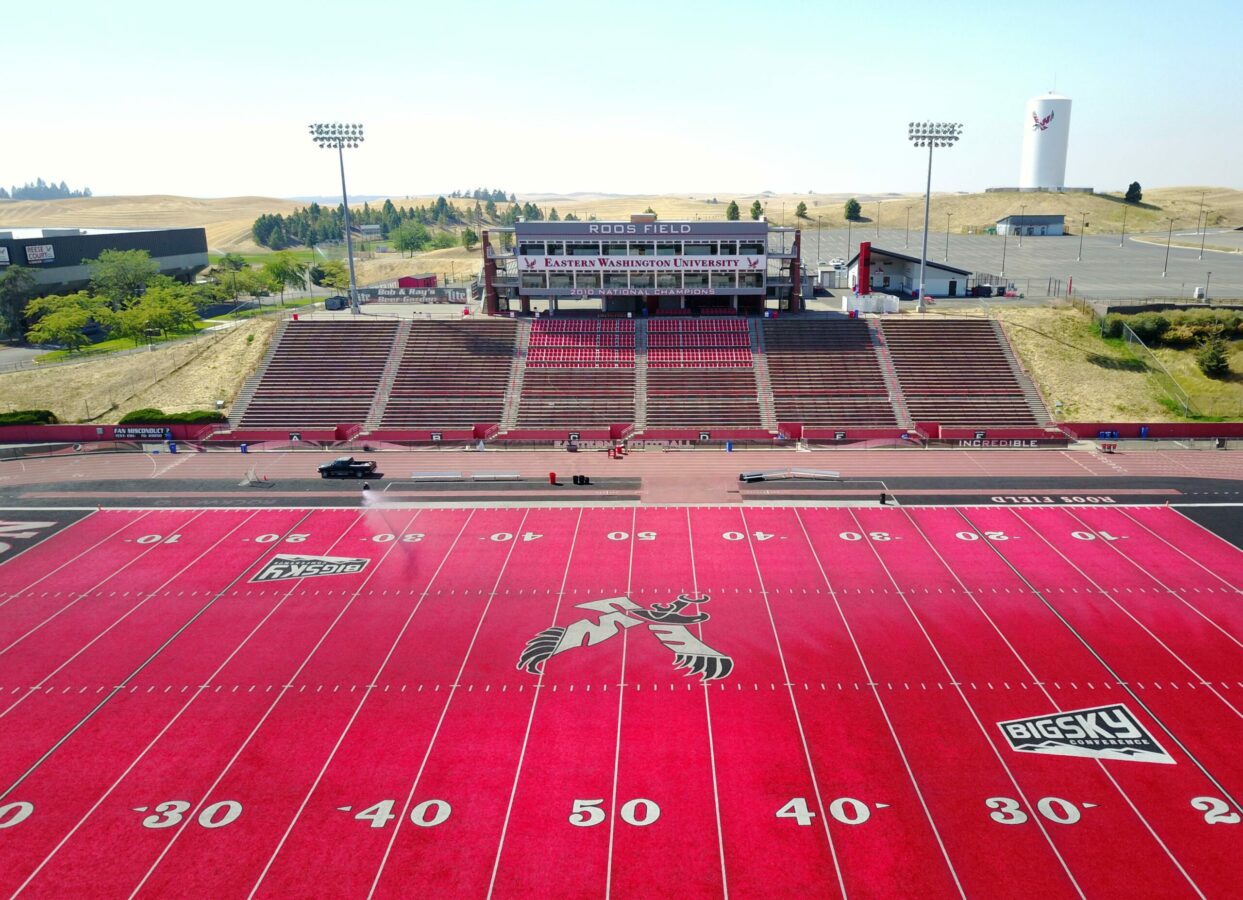 The Eastern Washington Eagles are replacing its signature red turf. But EWU fans can rest easy as “The Inferno” will still maintain its color. The Eagles posted an update on Friday afternoon.

The Eagles originally installed the red turf back in 2010. It has since inspired other teams such as Central Arkansas to choose its own unique style.

The replacement is also happening as Eastern Washington is facing a funding shortfall. How that issue impacts the football team remains to be seen, but there have been calls to cut funding to the program.

Eastern Washington is the fourth known FCS team to replace its field this offseason. The others are The Citadel, Western Carolina, and Youngstown State.

Eastern Washington is scheduled to start the 2020 season on the road at the University of Florida on September 5. Fans will only have to wait an extra week to see the newly renovated field as the Eagles will have back-to-back home games against Western Illinois and Northern Arizona in weeks two and three.