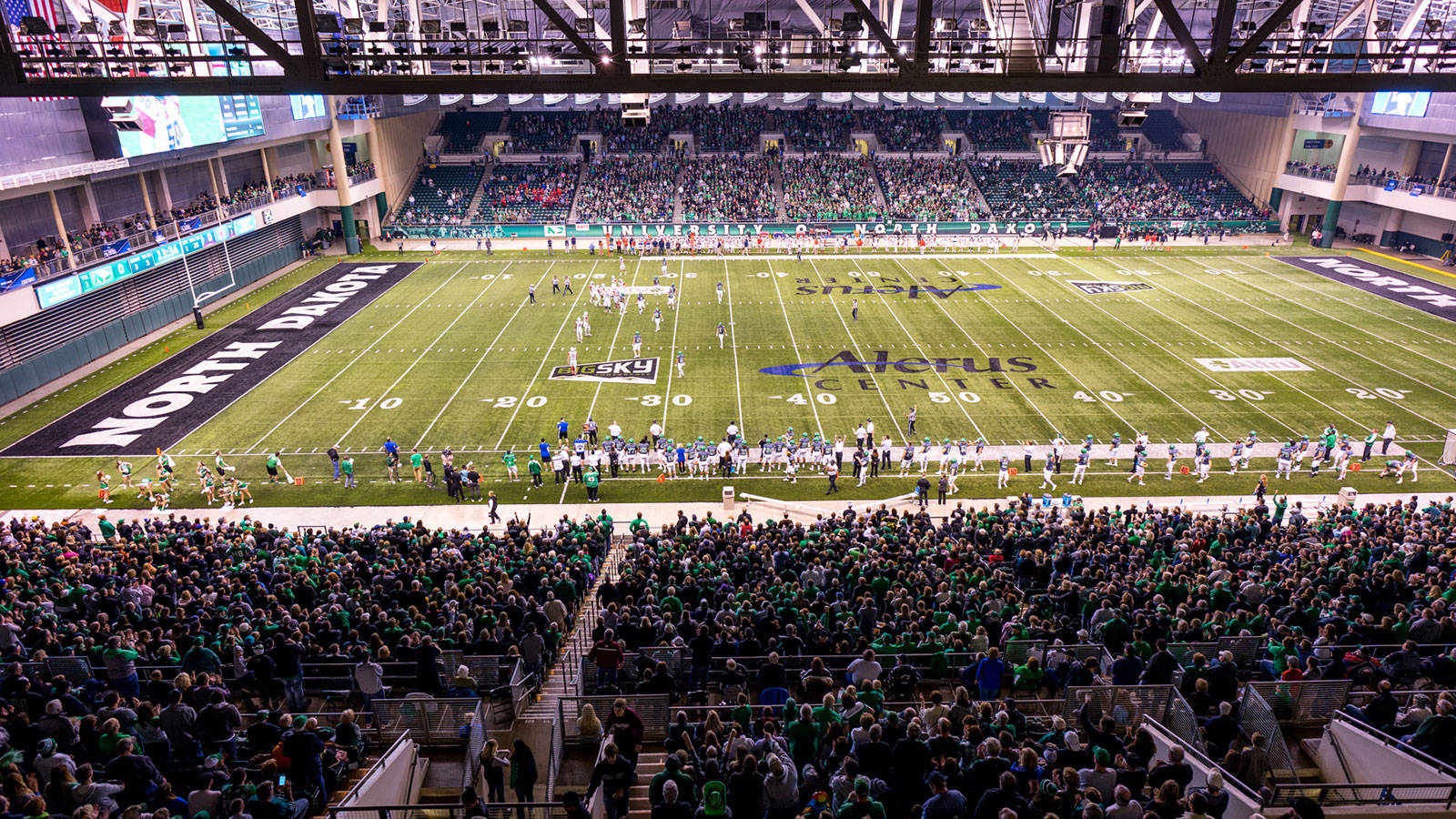 The home of the North Dakota Fight Hawks is seeing a replacement of its turf field this summer and is expected to be completed before the start of the upcoming season.

North Dakota has played their home games at the Alerus Center in Grand Forks since its opening in 2001. The project will cost under $2 million and some modest but needed improvements are included. One of those improvements is the extension of the field to remove concrete areas.

The Alerus Center last saw its field replaced in 2012 when AstroTurf’s artificial field was installed. The 2020 turf installation will be completed by Kiefer USA and will feature alternating shades of green for each five-yard strip.

North Dakota is the sixth known FCS program to replace its football field this offseason. The other five programs are The Citadel, Western Carolina, Youngstown State, Eastern Washington, and Idaho State.

North Dakota is tentatively scheduled to start the 2020 season at home on the new field against Valparaiso on Thursday, September 3.

Photo courtesy of the University of North Dakota Athletics.