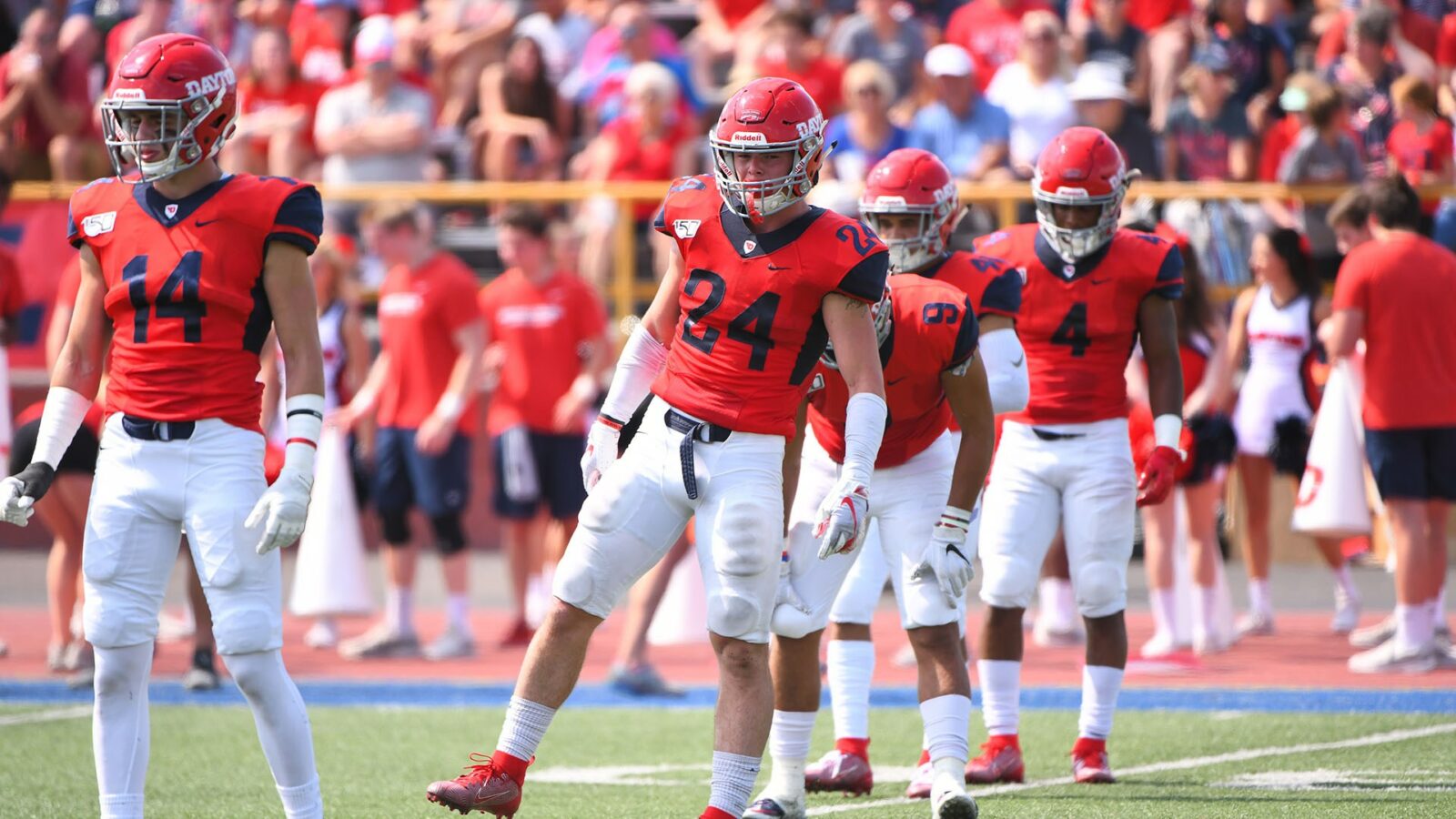 The Dayton Flyers announced its game against Robert Morris on Saturday, September 19 has been canceled.

The Atlantic 10 Conference postponed fall sports for 2020, which led to the cancellation of the game against Robert Morris. Dayton plays football in the Pioneer Football League, which at this time is considering a conference only schedule.

The Flyers’ release had a pessimistic outlook regarding the prospects of even a PFL conference only schedule:

“Members are currently working with the PFL on decisions related to the regular season.  Similar to other Flyer fall sports, it is presumed that Dayton football will be postponed without a dramatic improvement in the COVID environment.”

All of Dayton’s non-conference games for 2020 have now been canceled. They were scheduled to play at Southeast Missouri State on Thursday, September 3 and at Georgetown on Saturday, September 12. They would have hosted Robert Morris on September 19.

This is the second game canceled for Robert Morris this week after its contest against Bryant on Saturday, November 7 was removed by the Bulldogs. Robert Morris still has non-conference games scheduled against VMI (September 5), Bowling Green (September 12), and Hawaii (September 26).

Dayton and Robert Morris are just the latest in the string of cancellations over the last 10 days. 279 games featuring FCS teams have now been canceled.

Photo courtesy of the University of Dayton Athletics.