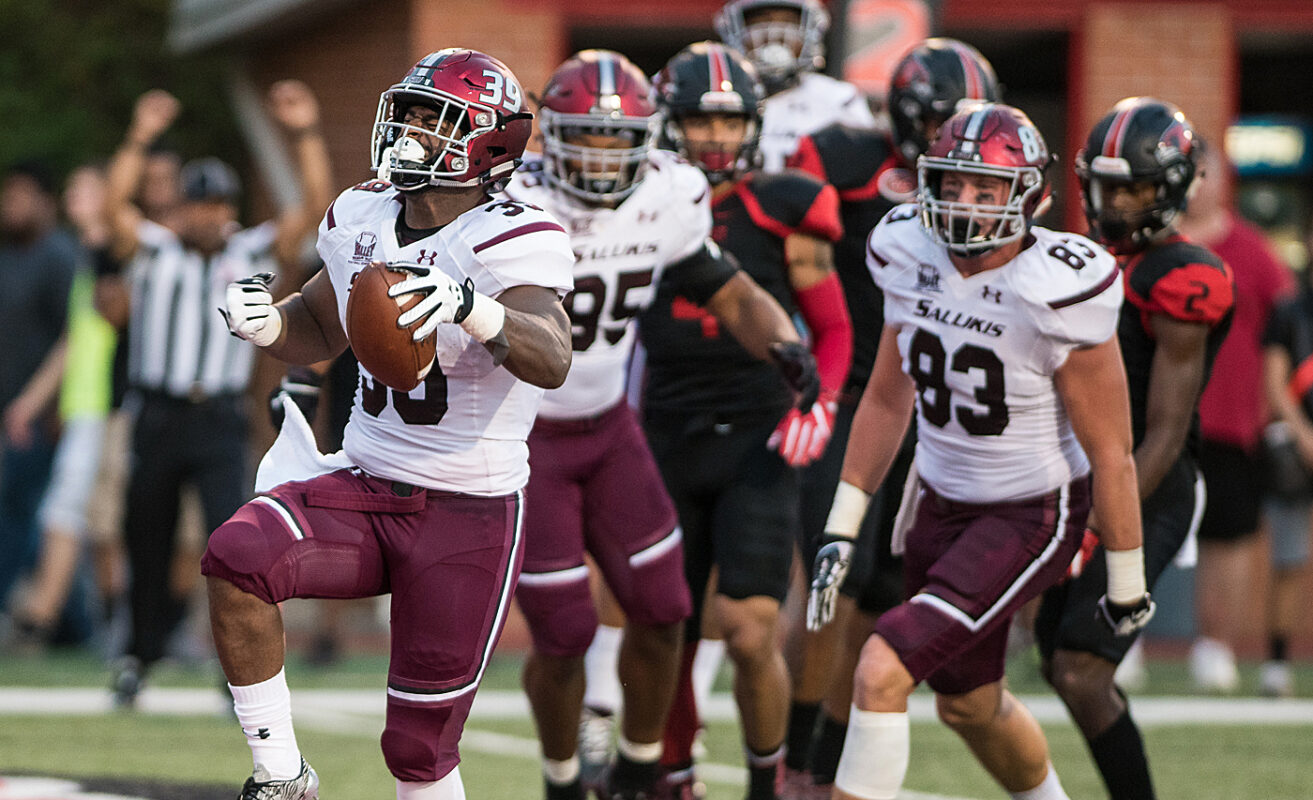 The Southern Illinois Salukis have been added as an opponent for the Kansas Jayhawks on Saturday, August 29 to open the upcoming season. Both schools announced the news on Saturday morning.

Kansas will host the matchup and will pay a guarantee of $300,000 to the Salukis. The two schools have met three times previously in 1986, 1987, and 2000 with Kansas winning all three games in Lawrence. The latest contest was a 42-0 blowout for the Jayhawks.

The newly scheduled matchup replaces lost opponents from the plethora of cancellations at the FBS and FCS levels. For Kansas, this matchup will replace its game against New Hampshire on Saturday, September 5. The CAA suspended its season earlier this month.

For Southern Illinois, this contest replaces a game against Wisconsin scheduled for September 12. The Big Ten moved to a conference only schedule two weeks ago resulting in the cancellation of 8 games against FCS opposition. The Salukis were also to receive a payout of $500,000 from Wisconsin.

The addition of this game puts both teams at a full schedule for the 2020 season. Kansas has a full complement of 12 games while Southern Illinois is back up to 11.