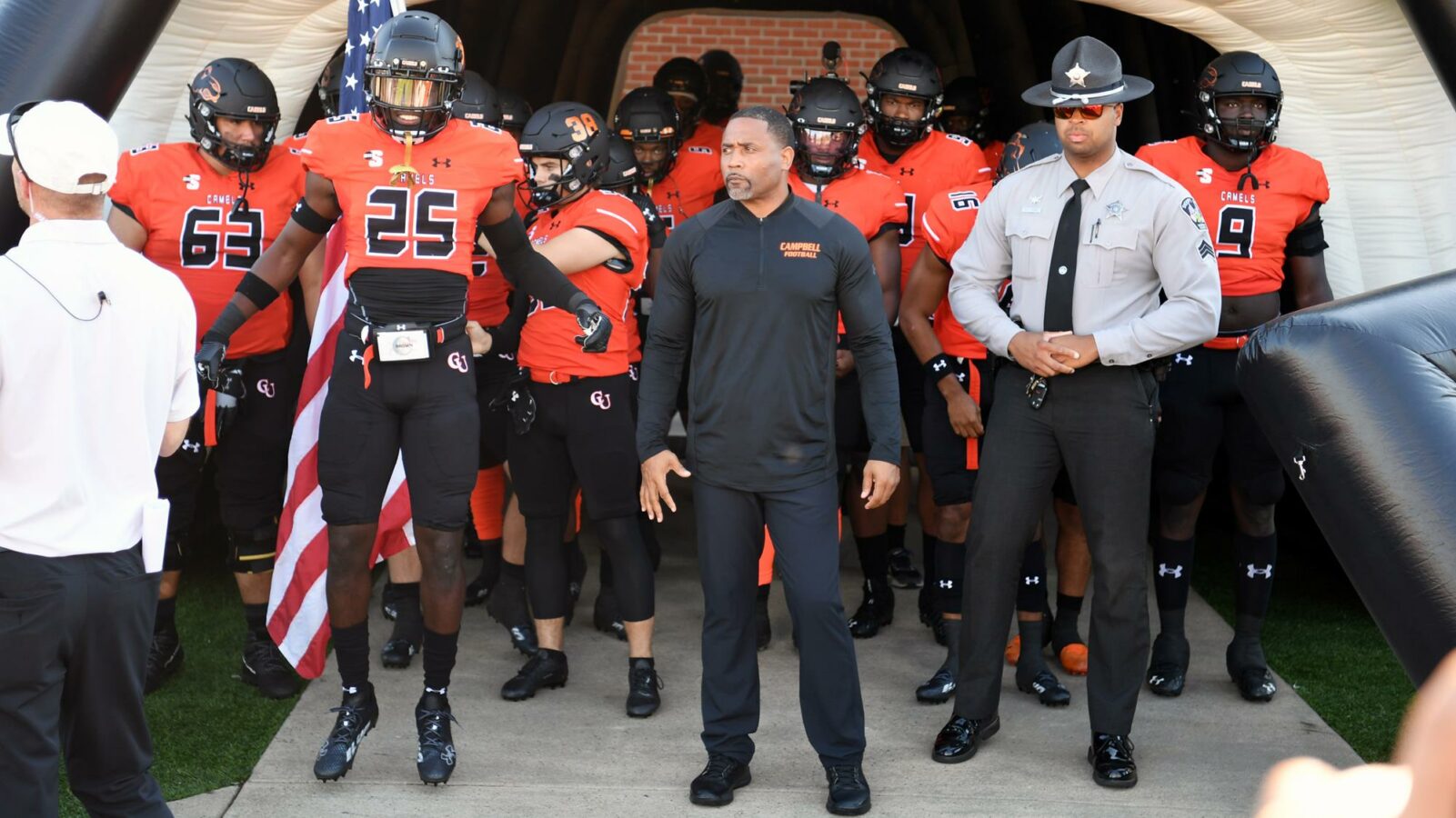 Campbell University announced they will leave the Big South Conference and join the Colonial Athletic Association starting in 2023. The Camels are the latest in a string of additions made by the CAA.

The CAA has been aggressive in expanding its membership as they will have 15 football members in 2023 after Hampton, Monmouth, and Stony Brook joined the conference this season while James Madison departed for the FBS. North Carolina A&T is already a member of the CAA but the football program will remain in the Big South for the 2022 season. On July 1, 2023, the duo of Campbell and North Carolina A&T will leave the Big South and join the CAA.

The Big South has been hammered by the recent realignment cycle. They lost the aforementioned schools of Hampton and Monmouth to the CAA, but also lost Kennesaw State and North Alabama this season to the ASUN, which is sponsoring football for the first time.

In 2023, the Big south will have only 4 football members with Bryant, Charleston Southern, Garnder-Webb, and Robert Morris. They also have a scheduling agreement with the Ohio Valley Conference for 2023 in place. This will allow the eligible football members in both conferences to have a shot at an automatic qualifying spot for the FCS playoffs.